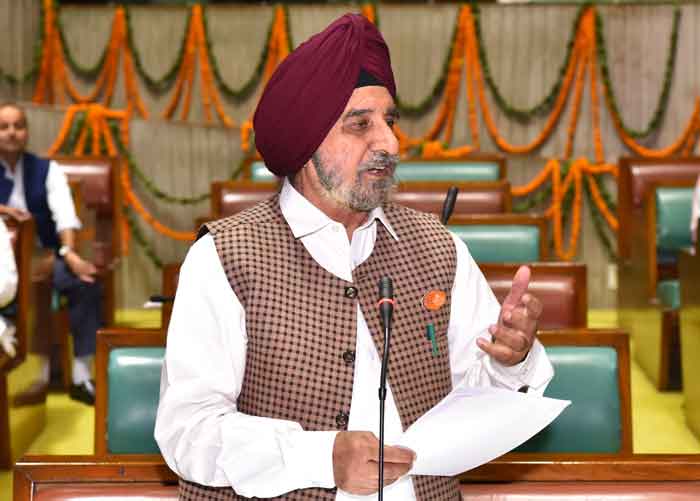 The resolution will be sent formally to the Akal Takht and the Shiromani Gurudwara Prabhandak Committee (SGPC), according to an official spokesperson.

The resolution was passed unanimously by all parties, cutting across political lines. Aimed at eradicating the ‘baani siddhant virodh’ that led to gender discrimination in this religious matter, it was moved by Panchayats and Rural Development Minister Tript Rajinder Singh Bajwa, and then put to vote by the Speaker.

While moving the resolution, Bajwa said that Sri Guru Nanak Dev Ji had, throughout his life, fought against caste and gender inequality and preached the promotion of an egalitarian society based on democratisation of rights and entitlements.

There was no mention in Sikh history of any discrimination against women, he said, lamenting that Sikh women were not allowed to perform Kirtan Sewa till now.

The resolution read: “Guru Nanak had visualised a society in which there would be no place for discrimination or distinction on the basis of caste or creed, social status or gender, a society that is to be based upon the principle of egalitarianism and committed to welfare of all.

It is for this reason that there is no instance of discrimination in Gurbani or Sikh Gurus history at any level between man and woman. It is, however, unfortunate that the Sikh women are not allowed to perform Kirtan in the sanctum sanctorum of the Sri Darbar Sahib, Amritsar, the most venerated shrine of the Sikhs where there is no space for discrimination.”

“This session of the Punjab Vidhan Sabha appeals to the Jathedar of Sri Akal Takht and the Shiromani Gurdwara Parbandhak Committee to end this discriminatory practice that violates the essence of Gurbani and allow Sikh women to perform Kirtan in the Sri Darbar Sahib, Amritsar,” said the resolution.

Earlier, intervening in the discussion, AAP MLA Kultar Singh Sandhwan criticised Akali leaders for raising questions over the resolution brought by the government initially. The Shiromani Akali Dal (SAD) had earlier objected to the wording of the resolution but later came out in support of the Government resolution in the House.