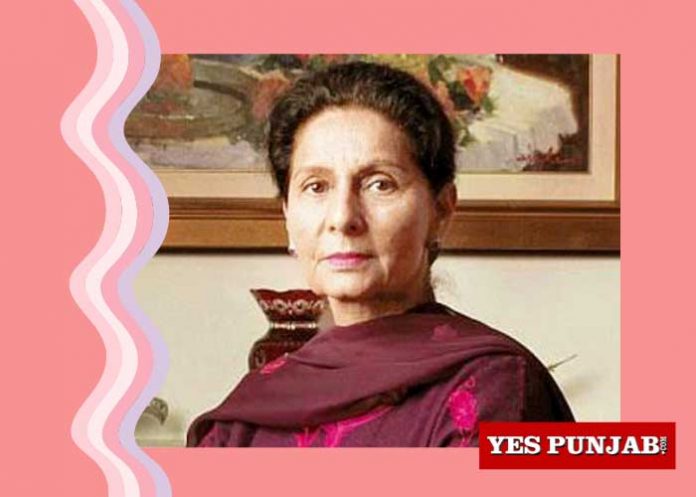 Patiala, January 23, 2021 (Yes Punjab News)
Extensing her message to the girls, on National Daughter’s Day (January 24), Lok Sabha member from Patiala Mrs. Preneet Kaur said that daughters are the foundation of our family so instead of discriminating against daughters, they should be given their due rights.

Praising the steps taken by the Punjab Government under the leadership of Chief Minister Captain Amarinder Singh for the empowerment of daughters and women folk, Mrs. Preneet Kaur said that the state government had earlier given 50 percent reservation to women in Panchayat and Local Government elections to provide an opportunity to play an active role in the field of public representation.

She said that similarly, the government has also provided employment opportunities to our daughters by reserving 33 percent vacancies in government jobs/recruitments.

Preneet Kaur further said that the Chief Minister Captain Amarinder Singh had provided smart phones to our daughters at a time when the education of the students was being suffered due to the closure of schools during the trying times of COVID pandemic. She said that so far 6742 class 10+2 girl students of Patiala district have been provided smartphones.

Jasleen Kaur, a student of Government Senior Secondary School, Civil Lines, Patiala, who received the smartphone, thanked the Punjab Government and said that Class XII has an important place in the life of a student, which gives direction to the life of the student.

Due to lockdown, online education was started by the education department. In this difficult time, the Chief Minister Capt Amarinder Singh also resolved the problem of setting up classes due to non-availability of smartphones. The availability of smart phones has given right direction to their education and career in this crucial period of COVID.

Rupinder Kaur, a student of Government Senior Secondary School, Bahadurgarh said that the smartphones provided by the Chief Minister Captain Amarinder Singh at the right time, were proving to be helpful in dispelling the doubts of the teachers from time to time as she was studying in science stream.

Both the students said that it was not easy for them to get a smart mobile phone due to the conditions at home but the phones they got from the government not only brought significant changes in their studies but also helped them to choose their right career.