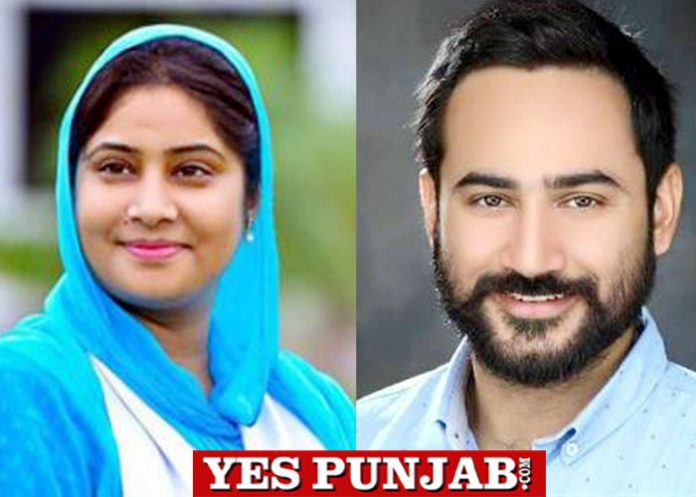 The Aam Aadmi Party (AAP) Punjab has vehemently opposed the harassment of the youth of the state meted out to them, saying that, instead of providing employment to them, the unemployed teachers fighting for jobs were being targeted, saying that the Amarinder Singh government, like the previous Badal government, had been humiliating them.

According to the party, the unemployed teachers, including male and female teachers, who were protesting in front of the Chief Minister’s Moti Mahal residence in Patiala were first tortured by the Patiala police at the behest of those at the helms, and then cases were registered against them.

In a statement issued from party headquarters on Tuesday, party state youth wing president and MLA Meet Hayer and MLA Rupinder Kaur Ruby lashed out at the government saying that the unemployed BEd and DPE (873) teachers union leaders protesting in front of the Moti Mahal residence of the chief minister were maltreated at his behest.

The AAP leaders demanded immediate cancellation of the cases registered against them and sought stringent action against those who misbehaved with the protesting teachers, saying it was democratic right of unemployed teachers to hold protests for jobs.

Hayer said that the Chief Minister had virtually run away from the poll promise he had pedalled among the people to provide ghar-ghar naukri ahead of the 2017 elections, adding he had no moral right to remain in the august chair of the CM.

He further said that, first the Badal government and now the Amarinder Singh government were targeting the youth of the state forcing them to take the road route for jobs, many of them had crossed eligibility age, adding that the govt should enhance the age limit by 1000 as against 873.

Similarly, Social Education, Punjabi and Hindi under the posts of Unemployed BEd Teachers more recruitment be made so that they were not forced to struggle on the roads for their rights.

Rupinder Kaur Ruby on the occasion said that during a scuffle between unemployed teachers and police personnel outside Moti Mahal on the day of Dussehra, a female teacher was secretly grabbed by her hair by the police personnel, saying the pictures were shown by the media.

She lamented that, instead of taking action against the accused cops, cases were registered against them. Ruby has demanded an apology from those misbehaving with the unemployed teachers.