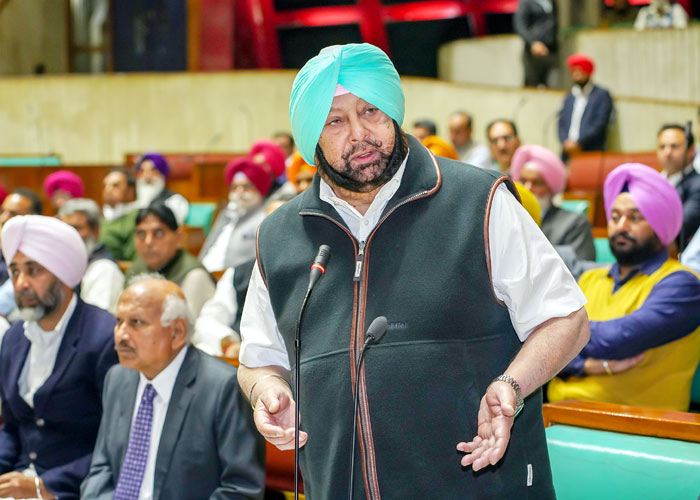 Punjab Chief Minister Captain Amarinder Singh on Friday said Punjab Police had questioned some of the pilgrims returning through Kartarpur Corridor on the request of the Intelligence Bureau (IB), in the interest of national security.

In fact, had the Gurdaspur police failed to cooperate with IB in the wake of security concerns expressed by the latter, he would have taken strict action against the former, said the Chief Minister, defending the police action unequivocally.

As the police force of a border state, the Punjab Police had acted within permissible limits of functioning in the matter, Captain Amarinder said, in response to the issued raised in the Vidhan Sabha by AAP MLA Kultar Singh Sandhwan just before the presentation of Budget today. It may be recalled that the Opposition had created a ruckus in the House on Thursday over the issue. The Opposition, while protesting over the issue yesterday, had demanded a response from the Chief Minister.

His government, said the Chief Minister, would cooperate with central agencies in the larger interest of the nation’s security, as and when required. If the police force fails to act in accordance with the established security mechanism in coordination with the central agencies, action would be taken against them, he added.

Pointing out that more than 51,000 pilgrims had already paid obeisance after opening of the Corridor, and this was the first such instance of devotees being questioned, the Chief Minister said the IB had, in this case, raised some doubts and asked the state police for assistance in ensuring the credentials of some of the pilgrims for security reasons. In view of its sensitive border location, the state was duty bound to work closely with central agencies to ensure the country’s security, he added.