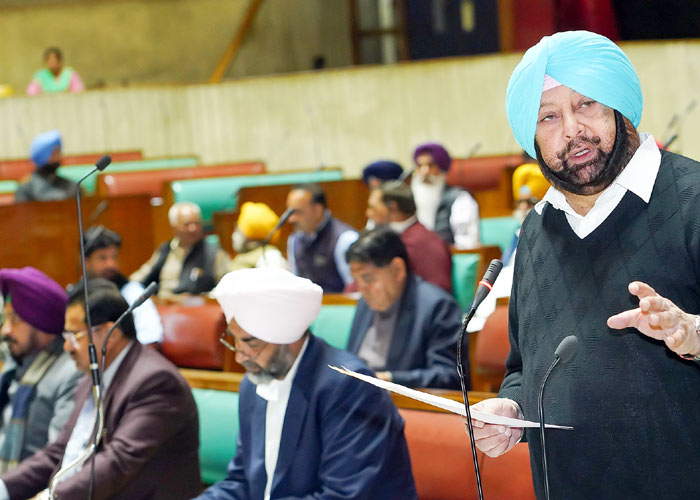 Assuring the House of a thorough probe into the matter, Punjab Chief Minister Captain Amarinder Singh on Thursday told the Vidhan Sabha that all the documents/materials shown or displayed by the members would be forwarded to the STF for detailed investigations into the drugs network, launched in the wake of the seizures made from the house belonging to former SSB member and senior Akali leader Anwar Masih.

The Chief Minister was responding to concerns raised by several MLAs, including Kulbir Singh Zira and Kultar Singh Sandhwan, in the Punjab Assembly today, on the first day of the Budget Session.

The Chief Minister assured the House that a detailed enquiry would be conducted and the report in this regard would be forwarded to the competent authority.

Masih was arrested by the Punjab Police STF yesterday after he failed to provide evidence of renting out the premises in village Sultanwind in the border region of Amritsar, from where a massive drug haul was made last month.

Captain Amarinder made it clear that anyone suspected to be involved in the drug racket would be thoroughly probed to ascertain their links. The entire network would be unravelled to ensure that all those involved in the drugs racket were pinned down and action taken against them as per the law.