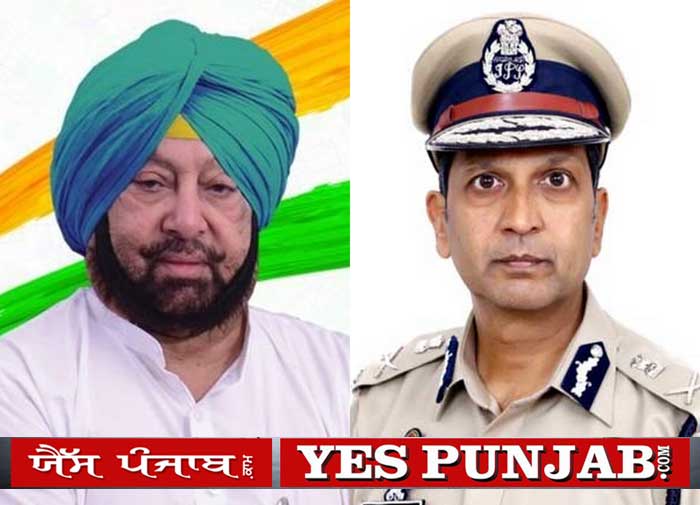 Chairing a Covid review video conference, the Chief Minister also asked DGP Dinkar Gupta to tighten the noose against violators of safety norms, especially those found not wearing masks. He further directed the DGP to instruct the SSPs of cities with large caseloads to strictly enforce all curbs and norms to check further spread of the disease.

The Chief Minister also called for immediate action to increase testing as per the targets already decided by the state government. Underlining the need for extreme caution, even though the state’s figures were still better than the national average, he also asked district administration to strictly enforce all the latest guidelines, especially with respect to restriction of 5 persons in gatherings.

Seeking the support of the people to win the fight, the Chief Minister said district administrations and the health department should work actively with local leaders to drive a community-led effort to check the spread of Covid. He pointed out that in Amritsar, the work done by District Administration, Police, Govt Medical College Community Medicine Department, Health Department and other experts was showing good results.

He also lauded the work done by private institutions such as DMC Ludhiana, which had tied up with Ram Shriram Society to arrange more beds for Level 1 patients, with DC Ludhiana and CP Ludhiana playing a key role in facilitating the partnerships.

The DGP earlier said action was being taken against all violators by the police, who were also keeping a close check on the incoming travellers. Around 40% of the entrants were daily travellers, he said, adding that close tabs were being kept on all, with follow-up action. A total of 125 active cases of Covid were currently present in the police force, with 161 of their family members also testing positive, he told the meeting, adding that all infected personnel were being kept in isolation.

Earlier, Dr KK Talwar, who heads the expert committee advising the state government, for tele-monitoring of home isolation/ home quarantine cases, tenders have been floated by PHSC and bids have to be submitted by Friday. Further, 17 ALS Ambulances have been ordered by PHSC and 5 are expected to be delivered by the end of this week, he revealed in the Action Taken Report (ATR) of the committee.

As a follow-up of the Chief Minister’s approval to setting up plasma banks in the state, Dr Talwar said Dr. Neelam Marwaha, Former Head Blood Bank & Transfusion Medicine PGIMER, Chandigarh, has been engaged to look after these banks. He further disclosed that
after discussion with ADGP Prisons, It has been decided to keep COVID positive prisoners for 17 days in isolation facilities.