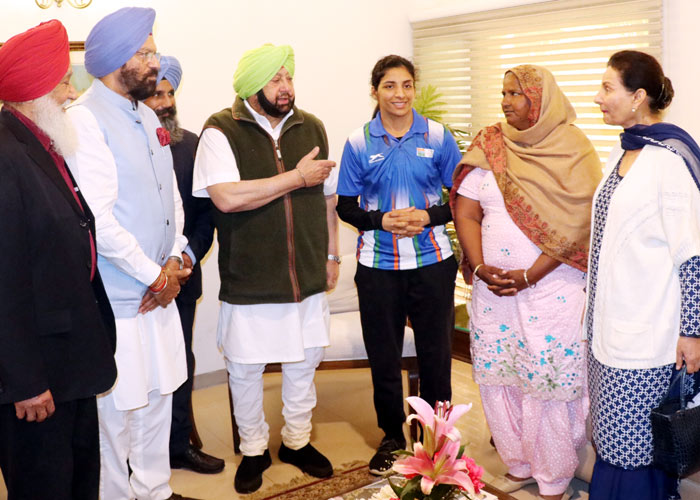 Punjab Chief Minister Captain Amarinder Singh on Monday announced to honour renowned boxer Simranjit Kaur with a cash award of Rs. 5 lac, who is the first Punjabi woman boxer ever qualified for Olympics.

Congratulating Simrajit Kaur for this rare feat, the Chief Minister said that she had really made Punjab and every Punjabi proud and wished her best of luck for stellar performance in the Tokyo Olympics-2020. He hoped that Simranjit Kaur would be a role model for other girls to excel in arena of sports. He also assured that the State Government would extend all possible support and cooperation to her in future too.

Meanwhile, the Rana Gurmit Singh Sodhi assured that the Sports Department would provide a suitable Government job as per her eligibility.