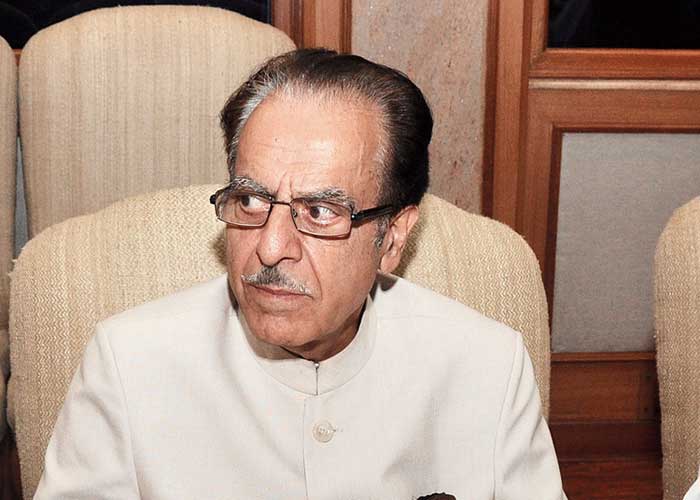 Srinagar, Oct 24, 2020-
Lending support to former Chief Minister Mehbooba Mufti, Congress leader and former Union Minister Saifuddin Soz on Saturday said Mehbooba’s views on restoration of the flag of the erstwhile state of Jammu and Kashmir reflects the wishes of the people.

“Mehbooba Mufti has reflected the feelings of an average Kashmiri by saying that she will not hold tricolour till the State’s flag is restored with the status of the State,” he said.

He said the question is as to what does the Union expect from the beleaguered people of Kashmir who are determined to continue their struggle for restoration of the special status.

“That the Modi government has internationalized Kashmir issue once again is an obvious fact. It is not for nothing that the world famous intellectuals like Noam Chomsky of America and Johan Galtung of Spain have raised their voice against the treatment meted out to Kashmir by the Modi government. Both these high ranking intellectuals have said that Kashmir has been rendered into a prison with the entire population there as prisoners,” he said.

He said it cannot be business as usual in Kashmir after abrogation of Article 370 of the Constitution of India.

“Today or tomorrow, the abrogated Article 370 or its exact equivalent shall have to be restored. Otherwise, the constitutional relationship between the State and the Union would continue to remain a flawed situation,” he said. (Agency)