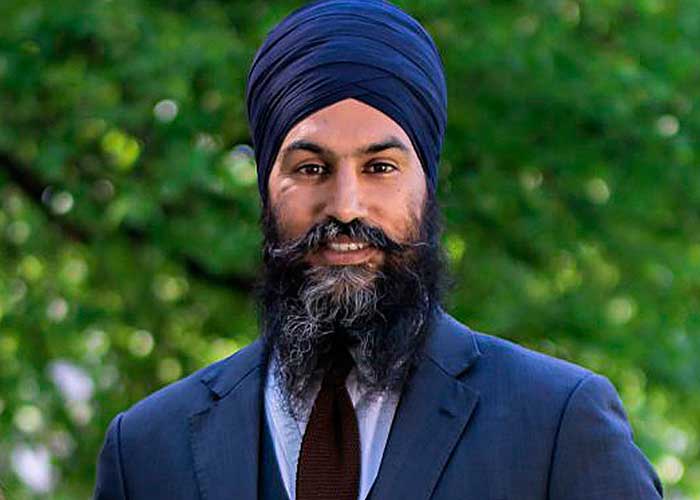 Jagmeet Singh, the leader of Canada’s New Democratic Party (NDP), was temporarily expelled from the House of Commons or the lower chamber of the bicameral Parliament for calling an MP racist and for refusing to apologize and withdraw his comments.

On Wednesday, Speaker Anthony Rota kicked Singh, a turbaned Sikh who is the first visible minority to lead a major national Canadian political party, out for the rest of the day after he called Bloc Quebecois Alain Therrien racist for refusing to support an NDP motion dealing with systemic racism in the Royal Canadian Mounted Police (RCMP), CBC News reported.

Singh tried to get all parties in the House of Commons to agree to a motion recognizing the existence of systemic racism in the RCMP.

The motion points out that “several Indigenous people have died at the hands of the RCMP in recent months”.

Therrien was the only MP in the House who refused to support the motion prompting Singh to call him a racist.

Following his remark, Deputy Speaker Carol Hughes said that she would review the record because she did not hear Singh when he stood up and said: “It’s true, I called him a racist and I believe that’s so.”

Singh was asked by Hughes to apologize, which he refused.

The matter was referred to Speaker Rota, who returned to the House and ordered Singh to leave the Commons for the remainder of the day.

At a press conference later in the day, Singh was asked if he would repeat his allegation against Therrien outside the House of Commons, where he is not protected by parliamentary privilege, said the CBC News report.

“Anyone who votes against a motion that recognizes the systemic racism in the RCMP and that calls for basic fixes for the problem… is a racist.”  (Agency)

We must stop systemic racism

People have asked what happened in the House today.Here are my thoughts.