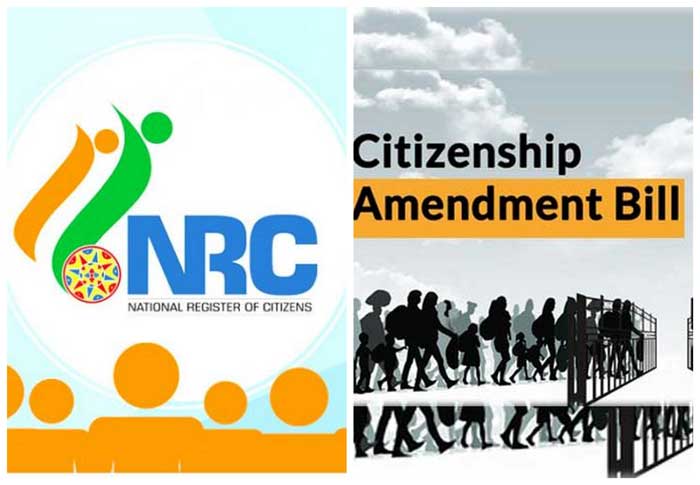 It is good that Prime Minister Narendra Modi has in his speech at Ramlila Maidan Delhi on December 22 categorically declared that there was no discussion on a National Register of Citizens (NRC) so far and that what had been done in Assam alone was under the orders of the Supreme Court.

This will be taken to mean that the recent statements of Home Minister Amit Shah in and out of Parliament about a country-wide NRC represented at best a loud thinking of the government for the future.

The stand alone Citizenship Amendment Act (CAA) getting linked to the projected idea of NRC had, meanwhile, predictably worked up sections of the Muslim minority but more than that it had given a handle to the opposition to whip up street protests in a large number of places across India.

Significantly, the demonstrators turned violent in the BJP-ruled states of Uttar Pradesh and Karnataka as also in the national capital where the law and order was in the hands of the Centre. Apparently, there was planning and preparation behind the organised stone pelting witnessed at several centres.

There was preponderance of youth and misguided teenagers in the assemblies that made the situation particularly vulnerable to violence — acts of arson occurring at many places indicated presence of agents provocateurs in the crowds.

The pattern of violence in which supplies of stones were used to attack policemen is evidence of involvement of hired goons. Several known local leaders of opposition parties figured amongst those detained by the police in Delhi and other sites.

Most of the protesters interviewed by TV journalists were Muslims who made no distinction between the CAA and the NRC, referred to their fear of being thrown out since they would not be able to produce documents of their birth and background and parroted the line that the Modi government was taking to ‘unconstitutional’ acts.

They were somewhere driven to believing that CAA was against Muslims — it cannot be said for certain that if the government had stopped at CAA and not made a reference to NRC in the same breath, the protests would not have taken the form of a country-wide agitation.

The CAA, even though it is meant to benefit Hindu refugees flocking to India from the adjoining ‘Islamic’ countries — Pakistan, Bangladesh and Afghanistan — on account of the persecution they faced over years, did not affect the position of Indian Muslims as free and equal citizens of this nation.

Indian Muslims, who are part of a sovereign India and who were supposed to have no political links with Pakistan, might have even found a certain degree of acceptance of the Act if there was proper explaining done about how a ‘non-communal’ India was compelled to deal with a communal dispensation ruling these neighbouring countries.

However, the opposition as it is, was able to spread the view that the CAA is only a facet of the NRC that was a measure designed to target Muslims alone as illegal migrants. This triggered the protests — the fact that it all started with Jamia Millia Delhi proved the point. The community-based domestic politics of India has inevitably overtaken the debate.

The NRC is, no doubt, a different ball game involving a process — yet to be fully defined in terms of policy — of a total check out on every body’s citizenship to identify the ‘illegal’ migrants.

Since Hindu refugees from Bangladesh are being given the assurance of citizenship, the focus would undoubtedly be on Bangladeshi Muslims present not only in the North East including Assam and West Bengal but in the rest of the country as well. This is an exercise of astronomical scale that could, in effect, make even the well-settled Muslims feel vulnerable.

In the light of the clarification given by the Prime Minister himself, the government would do well to announce that the parameters governing the future screening process for identifying the illegal arrivals would be defined in course of time. There should be an assurance that the state policy on this matter will be in keeping with a democratic governance and the yardsticks of a humane approach.

Meanwhile, in a shifting argument, the opposition has started talking of the ‘class injustice’ implied in the idea of NRC in as much as the poor lot amongst the people will, according to them, find it impossible to produce evidence of their citizenship.

It is possible that many Muslim ‘infiltrants’ might have landed in low income jobs in the unorganised sector in India — considering that they left a country like Bangladesh for economic reasons — but the political aim of the opponents seemingly is to widen the arc of fear to influence the poor and the weak.

The protesters at many places carried pictures of Ambedkar not only to show that the government was flouting the Constitution but also to make the point that these classes would indeed face hardships in responding to any NRC queries in the future.

A lot is required to be done by way of communication and outreach to put the people’s mind to rest. The government, it appears, is already moving in this direction. If it had an idea of the scale of protests against the CAA it should have moved earlier to pre-empt the agitational outburst.

The anti-NRC stir, if it continues, will deepen the BJP-Congress-led opposition divide on the minority issue. The CAA was — even if it had just referred to the persecuted minorities instead of specifying the religion-based communities — bound to produce the same political impact here as it would be interpreted by the opposition as a move of the BJP to enlarge its Hindu constituency.

In the Hindi belt, mass protests against the Act led by Muslims may produce a certain degree of Hindu backlash to the benefit of the ruling party. The results of the Assembly election in Jharkhand do not, however, connect with NRC and seem to reflect the anti- incumbency for the BJP on the one hand and strengthening of regional forces — in this case the Jharkhand Mukti Morcha — on the other.

The opponents of the BJP now have a common issue to work on in the name of protection of the Muslim minority, secularism and human rights. They will like to keep the agitation against CAA going as long as possible because of the potential the issue has of further polarising the Muslim vote in their favour.

The BJP may have to prepare itself for the possibility that Congress joins up with regional parties in the opposition — providing them the glue as an all-India party — even when it is clear that it was no more a dominant force that could act as a controller of the United Front governments like it did in the Nineties.

Some voices heard, meanwhile, in the UN and the US against the action of the Modi regime are likely to encourage Pak agencies to try to fish in troubled waters here. A firm and professionally efficient handling of the anti-NRC agitation should combine with a political dialogue with all communities to dispel any misgivings about the CAA.

Continuance of street protests with incidents of law and order in between, would make the situation look ‘disturbed’ when seen from outside and encourage inimical forces to raise the bogey of ‘suppression’ against the regime.

India has every right to take care of Hindus persecuted by the fundamentalist Islamic states around us, as a minority of idol-worshippers. The legacy of Partition makes it a special obligation of India’s democratic state to accept these Hindus who looked up to India as the land of their origin.

In an international order that is getting mutilated by faith-based terrorism in the name of Jehad, CAA is justified even in terms of morality of polity — so long as it does not affect the position of Indian Muslims as equal citizens of this country.

The NRC directed at identification of ‘infiltrants’ — whenever it comes — would of necessity deal with a very large number of suspected Bangladeshi Muslims who came in because of the pull of better livelihood here. It is also a fact that in certain regimes, the infiltration was tolerated for reasons of vote bank politics at the cost of national security.

The idea of NRC, therefore, would always be a sensitive issue involving the challenge of filtering out large demographies and will have to be implemented through a process that looked humane and not harsh. Meanwhile, there should be no let-up in the Intelligence agencies going all out to detect enemy agents operating among the illegal migrants.

The tensions caused by the linguistic divides in Assam can be deftly handled because the state has moved past the worst times it saw on that score. India has to be at its best in rolling out a policy and ensuring its administrative implementation on the issue of illegal infiltration.  (Agency)