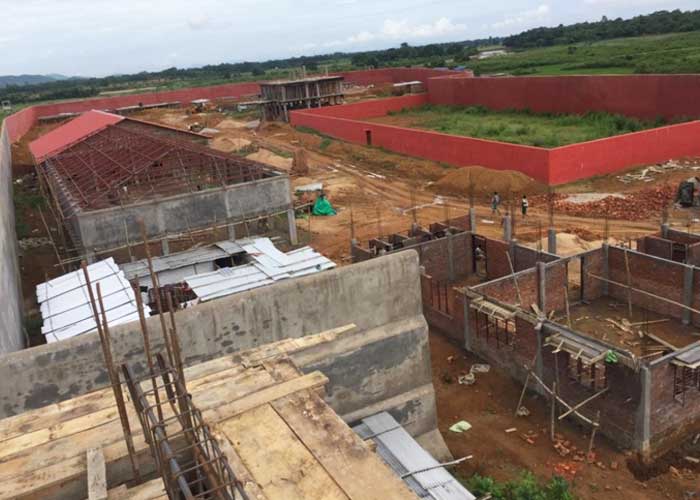 The under-construction detention camp at Matia in western Assama’s Goalpara district is adding to the fear of thousands of people who failed to make it to the just published National Register of Citizens (NRC).

The final NRC published by the Assam government on August 31 have excluded the names of 1.9 million people. These excluded people have to approach the Foreigners’ Tribunals and make fresh claims to ascertain their Indian citizenship and can move to higher courts subsequently.

“We are genuine Indian people. My forefathers were born here in this land. However, in 1997 I was categorized as a “D” voter. Following which, I was served a notice from the Foreigners’ Tribunal. I pursued the case and finally the Session court in Goalpara district ruled in my favour saying that I am an Indian citizen. Yet my name is not there in the draft NRC,” said 55-year-old Saheb Ali, a resident of Khutamari village in the district.

Matia is located about 30 km from Khutamari village.

Saheb’s mother’s name is also not found in the NRC, which is worrying Saheb. He said that his mother’s name was included in the voter list of 1966. “We have submitted the documents while filing the forms. However, her name is not there in the draft NRC,” said a concerned Ali.

“We are not scared. We are Indian people, but yes I am concerned as the government is building some detention camps for those who fail to prove their Indian identity during the process. It will be difficult for us, if especially my mother had to spend days at detention centres at her age,” he said.

The fear of Ali and many others like him are being compounded as there are instances innocent people being sent to detention camps for failing to prove their identity.

One Mohammad Nur Mohammad, a resident of the Khutamari village, has already spent nine years and seven months in a detention centre before he was released last month following a Supreme Court order to release those who have spent more than 3 years in detention.  (Agency)