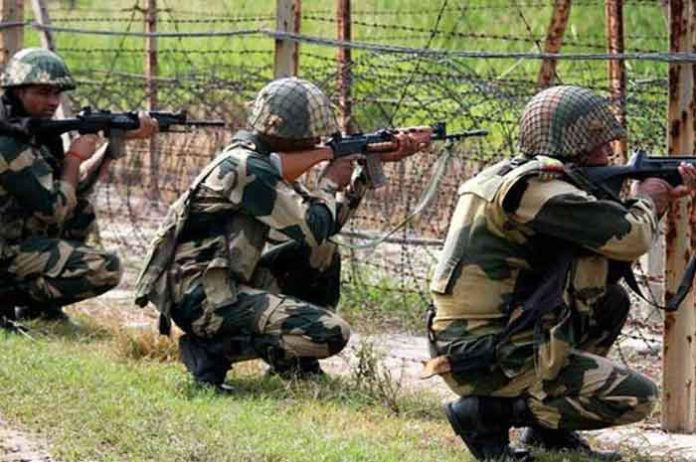 Border security force (BSF) troopers on Monday shot and killed an intruder on the international border in Jammu and Kashmir’s Samba district.

The incident took place in Ramgarh sector at 3 a.m. after the intruder crossed into the Indian territory, police said.

“The body has been recovered and investigation started,” police said.  (Agency)