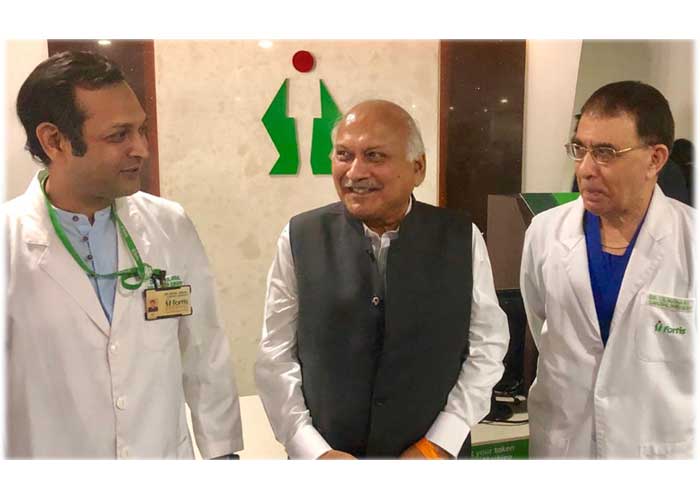 Mr.Brahm Mohindra, Local Bodies Minister Punjab, was today discharged from the Fortis hospital, Mohali. He was seen off by the team of doctors of the Hospital.

Disclosing this official spokesperson of the Local Bodied department said that Mr. Brahm Mohindra was admitted in hospital more than twenty days back after he complained of chronic cough accompanied by pain.

Later Dr. TS Mahant and his team performed an open-heart bypass surgery on 11th September. Mr. Mohindra has been recovering well after the bypass and finally today he was discharged from the hospital.

Mr. Mohindra. while being discharged today from the hospital, he met the team of doctors headed by Dr. T S Mahant, who attended him during his entire treatment and thanked them for their professional approach while treating him. He also thanked all his well-wishers who visited the hospital to share these difficult moments with the family.