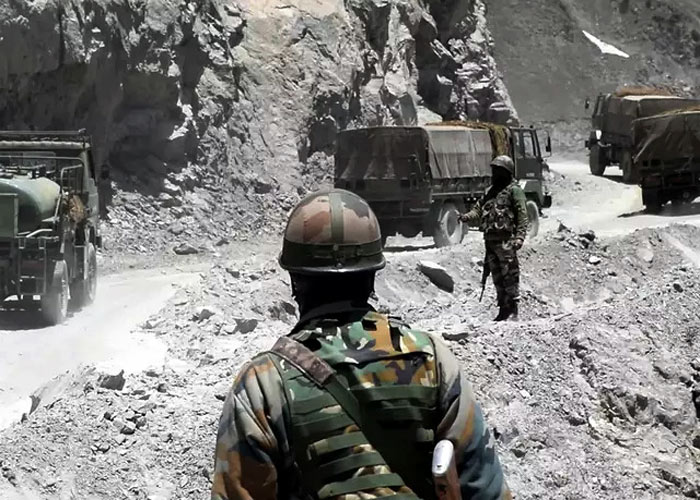 Both Indian and Chinese troops have retreated two kilometres each along the Line of Actual Control (LAC) in the Galwan Valley, where 20 Indian and unknown number of Chinese soldiers were killed in a violent face-off last month.

Top official sources told IANS that both sides retreated two kilometres simultaneously on Sunday, following several rounds of talks which had begun after the clash on June 15. The disengagement between Indian and the People’s Liberation Army (PLA) happened as per the agreed terms in the Corps Commander’s meeting.

With the retreat from both sides, a four kilometre no-man zone has been created. “Four kilometres in the highly mountainous terrain like Galwan valley, deprives both sides to see each other’s installations and reinforcements,” sources said.

The two sides have also agreed, sources said, not to do any aerial surveillance of the retreated area, to rebuild trust which was badly damaged due to the June 15 bloodbath.

“As a result, neither side would really know what the other side is doing,” a military source said.

Indian Navy’s P-8I aircraft generally used for maritime patrol and reconnaissance, had been pressed into service in Ladakh for high altitude surveillance. The P-8Is carried out similar surveillance operations during the 2017 India-China standoff in Doklam in Sikkim.

However, sources said PLA has removed tents and structures at PP14 and rearward movement of vehicles of the PLA were seen at general area Galwan, Hotsprings and Gogra.

The retreat on Sunday, sources said, is limited to these areas and not other contentious points along the LAC. Around 30,000 troops of Indian Army are in an eyeball-to-eyeball confrontation with Chinese troops along the LAC in Ladakh, following the additional deployment of three brigades since the violent face-off last month.  (Agency)