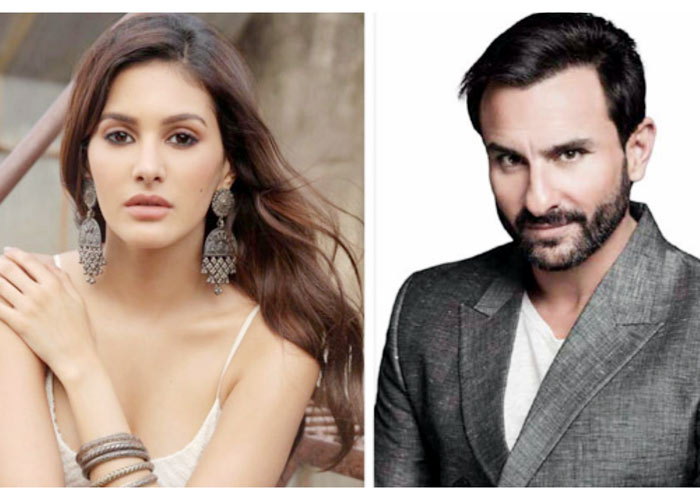 With the lockdown shutting film shoots, upcoming assignments of several filmstars will release on various digital platforms in the next months.

IANS brings you a sneak peek into the OTT world’s star-studded line-up:

The late Sushant Singh Rajput’s last film “Dil Bechara” will release digitally. “Dil Bechara” is the official remake of 2014 Hollywood romantic drama “The Fault In Our Stars”, based on John Green’s popular novel of the same name. Budding actress Sanjana Sanghi stars opposite Sushant in the film. It will premiere on the OTT platform Disney+ Hotstar, on July 24.

ABHISHEK BACHCHAN and NITHYA MENEN in ‘Breathe: Into The Shadows’

Abhishek Bachchan will be making his digital debut with “Breathe: Into The Shadows”. It also marks the digital debut of South actress Nithya Menen. The show also features Sayami Kher. Actor Amit Sadh, who was lauded for his performance in the first season of “Breathe”, will reprise his role as Inspector Kabir Sawant once again.

This time, Abhishek will be seen on a mission to find his missing daughter. Director Mayank Sharma has co-written the series with Bhavani Iyer, Vikram Tuli, and Arshad Syed. The series will stream on Amazon Prime Video from July 10.

“Shakuntala Devi” will see actress Vidya Balan as math genius Shakuntala Devi. The Anu Menon-directed film is based on the life of Shakuntala, who was widely revered as the Human Computer for her innate ability to do incredibly complex calculations within seconds. The film will premiere on Amazon Prime Video.

Saif has already made an impressive OTT debut with “Sacred Games”. He returns to the medium in “Tiger Zinda Hai” director Ali Abbas Zafar’s show “Dilli”, which is about the dark edges of Indian politics. The show also stars Sunil Grover, Mohammad Zeeshan Ayub and Sarah Jane Dias. It will stream on Amazon Prime Video.

MANOJ BAJPAYEE and SAMANTHA AKKINENI in “The Family Man 2”

Manoj Bajpayee returns in the second chapter of “The Family Man”, and co-starring this time is southern star Samantha Akkineni. While Bajpayee impressed with his role in season one of the show, Samantha grabbed attention with her role in the Tamil film “Super Deluxe” that had earlier released in Netflix. “The Family Man 2” streams on Amazon Prime Video.

Ditching traditional theatrical release amid the COVID-19 crisis, the Janhvi Kapoor-starrer goes for a direct-to-OTT release. The film is inspired by the life of Indian Air Force combat pilot Gunjan Saxena, and stars Janhvi in the titular role.

Swara Bhasker stars in “Rasbhari”, a love story set in Meerut. Swara plays the role of a stern English teacher who is the object of attraction for Nand (Ayushmaan Saxena). The show premiered on Amazon Prime Video this weekend.

RAIMA SEN in “The Last Hour”

Raima has made a mark in Hindi and Bengali films. She now treks the digital medium with the supernatural thriller that will also feature Sanjay Kapoor. Set in a Himalayan hill station, the show is created by Amit Kumar. Asif Kapadia is backing the Amazon Prime Video series as executive producer.

The series, starring Konkona Sensharma and Mohit Raina, is expected to narrate a fictionalised account of the terror attack that took place at the Cama Hospital, among other venues, on November 26, 2008. Directed by Nikkhil Advani, it will stream on Amazon Prime Video.

The political satire features Amol Palekar and Manav Kaul with Shikha Talsania and Girish Kulkarni. Plot details of the Amazon Prime show are under wraps. Release date of the show is yet t be officially confirmed.