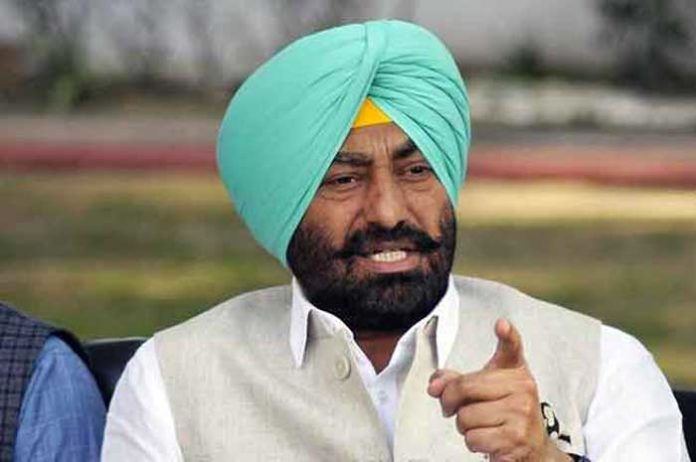 Sukhpal Singh Khaira Bholath MLA and president of Punjab Ekta Party (PEP) today blamed RSS-BJP for poisoning the society by its sinister designs of cultivating Hindutiva and said that ‘one nation, one language’ formula is big threat to the ethnic identity of minorities, ethnic groups and all non Hindi speaking states of India.

In a press release issued here today, Khaira said that statement by Amit Shah to implement Hindi language in the country is direct threat to federal structure of the country, which has its strength in diversity. He said that most of the states were formed on linguistic basis and the constitution guarantees freedom to practice own language and culture to all citizens.

Khaira said that Jan Sangh (now BJP) under the aegis of Arya Samaj had opposed Punjabi language and launched a pro Hindi agitation in 1956 to oppose the demand of a Punjabi Suba by Shiromani Akali Dal. Jan Sangh and their allies also instigated Hindus of Punjab not to register Punjabi as their first language in the census held then, so that a Punjabi speaking state should not be carved out.

By doing so the Jan Sangh sponsored Arya samaj movement divided the society and created communal rift forever. The RSS-BJP is once again hatching a similar conspiracy at the national level, he warned. He said the real threat to the unity and integrity of India lies in such divisive agenda.

Khaira asked Shiromani Akali Dal (Badal) to clear their stand on ‘one nation, one language’ theory of BJP, being their political alliance partner. He said that SAD’s alliance with BJP was an opportunistic and unholy and against the interests of Punjab.

He added that SAD president Sukhbir Badal had supported BJP on abolishing article 370 and 35 in Kashmir and also supported the anti Punjab Inter State River Waters Dispute Amendment bill 2019 in the parliament during the last session that will further allow the center to rob Punjab of its river waters.

Khaira said that his party would strongly oppose any attempt to impose Hindi as national language. He feared that if today BJP succeeds in implementing ‘ one nation, one language’ agenda, tomorrow they will bring Uniform Civil Code for all religions. He said that abrogating article 370 in Kashmir has nothing to do with nationalism but it is part of bigger conspiracy to snub the minority communities and snatch their fundamental rights one by one.