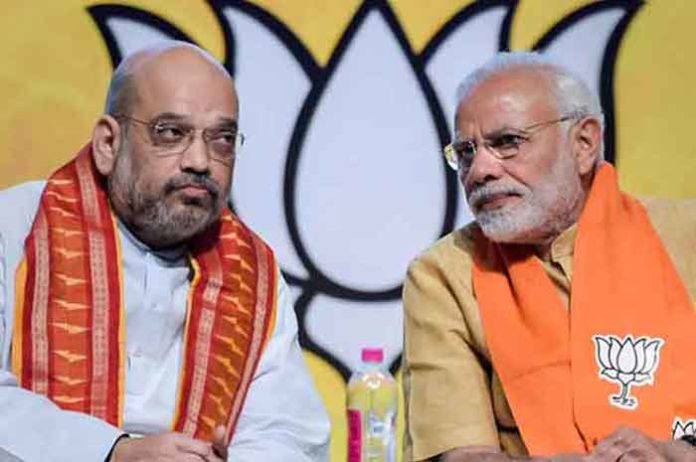 “It’s a fight between India and Pakistan”, “AAP is feeding Biryani to Shaheen Bagh protestors” or “They will rape our daughters” are some awful specimens of the campaign that Delhi had to withstand this election season.

While Shaheen Bagh has been a relatively new issue, the nation has been bombarded with an overdose of Balakot, Article 35A, Kashmir and Pakistan since April-May, 2019. When BJP lost Delhi on February 11, these issues also outlived its limit to be used as electoral props, as state after state polls has shown.

First it was Maharashtra, Haryana, followed by Jharkhand and now Delhi, which is at best an over-hyped municipal election — these issues seemed like a recurrent set of ideas that BJP wants state populace to vote them in for without being concerned about the basics like water supply, transportation or drainage system.

The net result has been not surprising — three losses and barely making it to Haryana with ‘help’ from Independents and poll rival JJP. The only surprise in all these serial losses in states in spite of a stupendous comeback at Centre with 303 Lok Sabha seats is that it’s all but BJP who fail to see the non-relevance of such issues in a state election.

Muscular nationalism and majoritarian identity are two things in which no political party can beat the BJP. Its their strength. But it’s also their weakness since their leaders can’t speak at length on anything beyond this two issues.

Take the Delhi election for example. In the Ram Lila Maidan rally which was used by PM Narendra Modi to kickstart the Delhi campaign, he started with the issue of regularising 1,700 unauthorised colonies and meeting some of the beneficiaries on the stage. But within minutes, he ventured towards the Citizenship Amendment Act, West Bengal Chief Minister Mamata Banerjee et al.

One would understand, PM Modi used that platform to “dispel myths” about CAA, as many in BJP argue. But what explains the stress with which he underlined Shaheen Bagh at the Karkardooma rally, this February? He called the blockade an “experiment”.

He said, “Earlier Haryana was infamous for female infanticide, but after the Beti Bachao Beti Padhao Abhiyan, the sex ratio has gone up from 850 to 933 girls per 1,000 boys. Our minister O.P. Dhankad had said that we’ll need to bring daughters-in-law from Bihar.

Now some people are saying Kashmir has been opened, we can bring girls from Kashmir also. Jokes apart, if [sex] ratio is fine, then there will be balance in society.” The controversy his statement created aside, Haryanvis were looking forward to listen to jobs which he didn’t speak much about.

In Maharashtra during the election campaign in October last year, UP Deputy Chief Minister Keshav Prasad Maurya was giving a speech at Thane. Getting excited and venturing to ultra-muscular nationalism, that is BJP’s safe playzone, Maurya said, “By pressing the lotus button (BJP’s poll symbol), not only Prime Minister Narendra Modi, Chief Minister Devendra Fadnavis and Narendra Mehta will be benefitted, but it will mean that a nuclear bomb will by itself get dropped on Pakistan.”

Terming the votes as something that will determine love for India, he added: “These will be the first elections to be held in the country after the scrapping of Article 370, hence have immense importance. The results of these polls will reveal people’s ‘rashtra bhakti’ (patriotism).”

The rants are endless that went on in Jharkhand as well which had an added entry in form of Shaheen Bagh, by the time the BJP went on to campaign in Delhi. In Jharkhand, people were angry at Chief Minister Raghubar Das’s handling of tribal issues but BJP spoke of Pakistan, in Maharashtra’s Vidarbha, people wanted to here about drought palliative measures but were spoken about something else that they were least concerned about. Khattar went on a 370 spree as the Haryanvi girls demanded the head of the state speak on women’s security.

Needless to say, even today, the approval ratings of PM Modi is the highest across India. But people don’t want the BJP in states after states, it seems given how convinced they are that the saffron party is inept to deal with trivial issues like irrigation, electricity, drainage, urban poverty and education system.

Unless BJP proves them wrong by speaking state specific issues in states, BJP may continue to lose in Bihar and Bengal as well – the next to go for Assembly polls in this year and the next, respectively.  (Agency)