Home Punjab BJP to have Dalit CM in Punjab if it comes to power;... 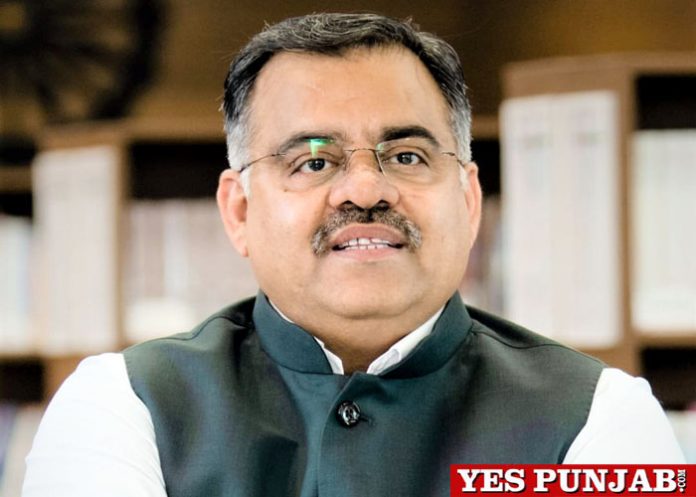 Chandigarh, April 14, 2021 (Yes Punjab News)
BJP National General Secretary Tarun Chugh today announced that if the BJP came to power in the next Punjab Assembly elections it would have a Dalit chief minister for the state.

Chugh lambasted the Congress and the Shiromani Akali Dal for trying to mislead Dalits in Punjab by alluring them with false promises of giving the deputy CM seat to the Dalits.

In a statement, Chugh ridiculed the Akali Dal president Sukhbir Badal for announcing that the SAD would appoint deputy CM from Dalits. “Why not the CM ?”, Chugh asked adding that the Akalis should break the practice of picking up chief minister from a family and also from a particular community.

Chugh also ridiculed Chief Minister Amarinder Singh for having made a false promise to Dalits during the last elections of making a deputy CM from them. “Both the Congress and the Akali Dal want to use them as a vote back whereas the BJP promises to pick up a leader from them for the seat of the chief minister of the state”, Chugh said.

Talking about direct payment to farmers during the ongoing wheat procurement Chugh warned farmers against giving blank cheques to anyone. He said the prime minister Narendra Modi wanted to empower farmers directly and it was time they realised Modi’s dream and turn a new leaf in agriculture.