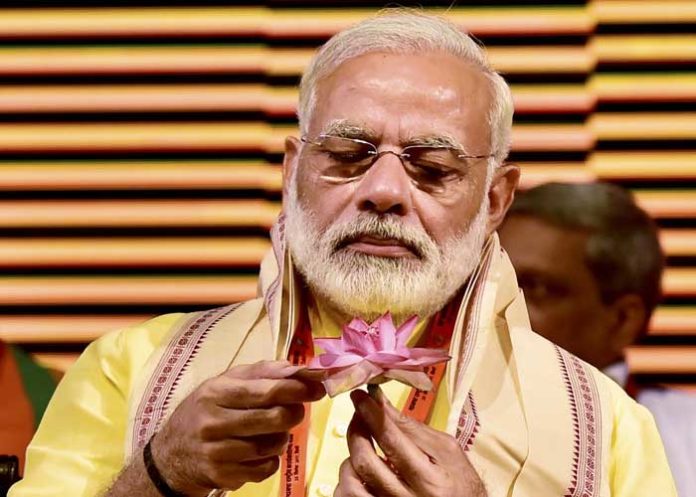 As Modi 2.0 completed its 100 days over the weekend, the government will hold a press conference at 2.30 p.m. on Sunday to list its achievements, as earlier reported by IANS.

Sources say, the three issues the government will focus is abrogation of Article 370 and bifurcation of Jammu and Kashmir, UAPA Bill and finally the triple talaq bill. The government is also expected to list the changes it has recently made to rejuvenate the state of the economy in India. Union Minister Prakash Javadekar will hold the press conference.

A government source earlier told, the effort will be to put an image of a ‘nirnayak sarkar’ or ‘decisive government’ that isn’t afraid of taking tough decisions.

Meanwhile, BJP President Amit Shah already set the tone in a series of tweets where he congratulated Narendra Modi. Calling Modi Sarkar “synonymous with national security, development and welfare of the poor”, Shah hailed Prime Minister Modi for his “historic decisions” in the first 100 days.

“Whether it was the decision to remove Article 370 & 35A from J&K or to free Muslim women from the curse of Triple Talaq or strengthening nation’s security apparatus by amending the UAPA Act..,. All these historic decisions are a result of PM Modi’s decisive leadership. #MODIfied100”, tweeted the BJP President.  (Agency)