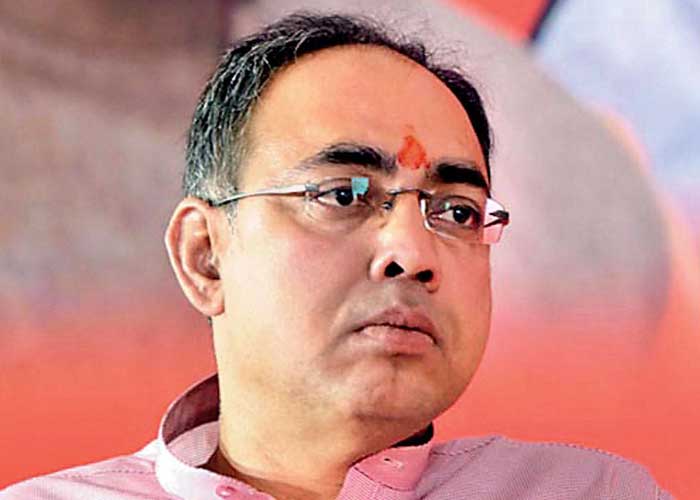 Many posters surfaced in different parts of Jaipur on Friday depicting BJP MLA Ashok Lahoti as Dushasan, the villainous character in Mahabharata.

The posters show a female character posing as Draupadi praying to the God with folded hands, while a smiling Lahoti is seen pulling her saree. One such poster was also put up right in front of the BJP state office.

In the epic Mahabharata, Dushasan, at the behest of his brother Duryodhan, infamously tried to disrobe Draupadi. When Draupadi prayed to Lord Krishna, he made her saree to be of infinite length, so that Dushasan could not take it off.

The posters also carried the message “Mahabharata will not be allowed to be repeated.”

The name of ‘Sarva Samaj’ was mentioned at the end of the poster, but the identity of this Samaj is yet to be known.

Speaking to the media, Lahoti said that “this looked like a concocted plan to tarnish my image before the civic polls which are scheduled in November.”

During a protest staged by the BJP against the deteriorating law and order situation in Rajasthan on August 25, Lahoti had made an indecent comment on Suman Sharma who was also present on the occasion.  (Agency)