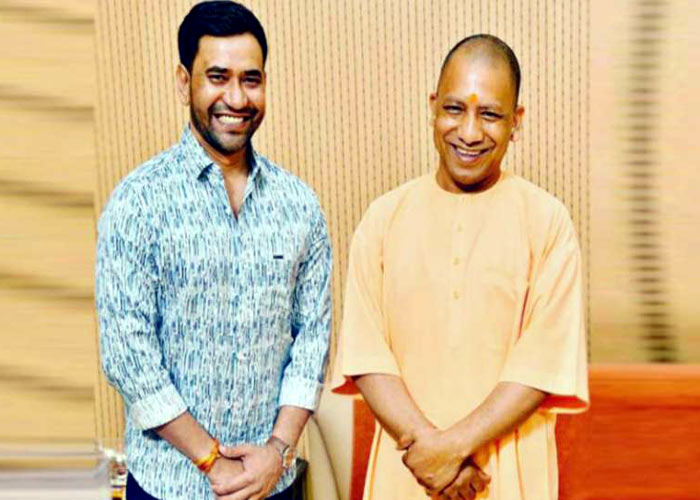 In what is bound to be a major embarrassment for the ruling BJP in Uttar Pradesh, party leader and Bhojpuri actor Dinesh Lal Nirahua has demanded a CBI inquiry into the alleged encounter of Pushpendra Yadav in Jhansi.

In a tweet, he has requested Prime Minister Narendra Modi, Home Minister Amit Shah and Chief Minister Yogi Adityanath to order a CBI probe so that the truth behind the encounter can be revealed.

The tweet is an embarrassment since Adityanath has already stated that the encounter was not fake and that Pushpendra was a hardened criminal.

Pushpendra Yadav’s family however, insists that he was killed in cold blood because he had refused to give money to the accused inspector.

The Samajwadi Party (SP) has been putting the state government in the dock over the issue. SP President Akhilesh Yadav visited Jhansi to meet the family of Pushpendra Yadav and vowed to order an inquiry into the killing when he returned to power.

Dinesh Lal Nirahua is a BJP leader, who had contested the Lok Sabha elections from Azamgarh earlier this year. It is believed that he is under pressure from his Yadav community and has, therefore, demanded a CBI probe in the case.  (Agency)