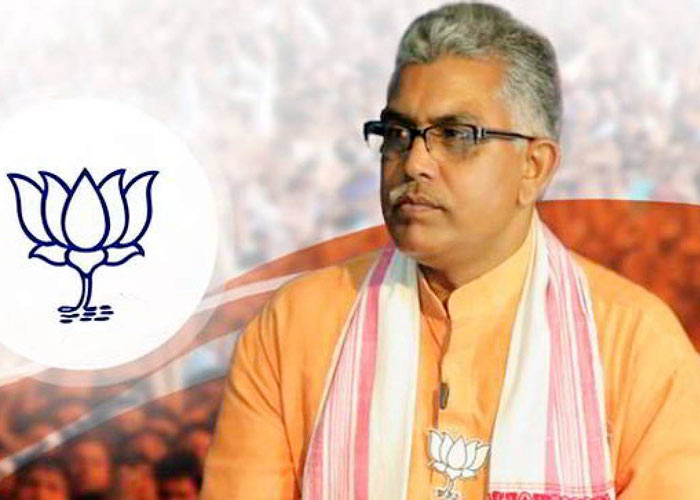 One user reacted: “BJP leader from West Bengal, Dilip Ghosh, proudly proclaims that CAA protestors in ‘BJP-ruled states were shot like dogs’. And other states should deal with protestors the same way. The BJP says those are Ghosh’s personal views. Shouldn’t he face the sack for such provocative remarks?”

Another tweeted: “Ghosh is an embarrassment to not just his party but to Bengal as well. He boasts of how the BJP shot protestors in BJP-ruled states ‘like dogs’. This kind of man deserves to be publicly punished and humiliated for speaking like this.”

“Disgusting and despicable! This is the party who thinks of people as dogs, to be beaten, Ato be shot!! I strongly condemn such horrific comments by BJP leader Dilip Ghosh. Demand an apology for this sickening act,” read one post.

“As per his 2019 poll affidavit, Ghosh has many cases against him, of which some are under the IPC charges like Section 354 — assault of woman to outrage her modesty; Section 153 — giving provocation with intent to cause riot; and Section 143 — being member of unlawful assembly. What should the police/government do with this criminal?” said another.

A Twitter user wrote: “The BJP should be ashamed of leaders like Ghosh. His statement is condemnable as it openly instigates hatred & violence against the protesters. We demand an immediate apology for this derogatory statement.”  (Agency)