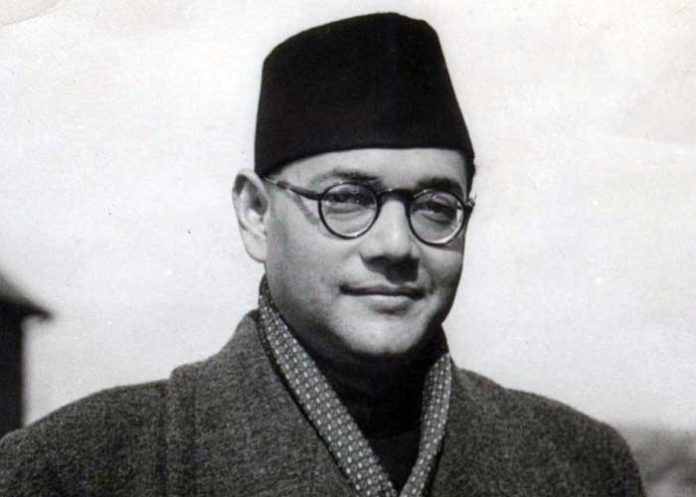 January 23, 2019 was a day of jubilation, realising a sense of pride and political appropriation. Subhas Chandra Bose’s birth anniversary, whose mass acknowledgment was mostly restricted to the eastern belt of India, was made a national phenomenon last year when Prime Minister Narendra Modi inaugurated the Subhas Chandra Bose museum at the iconic Red Fort to mark his 122nd birth anniversary. But, one year down the lane, the enthusiasm of the ruling BJP seems to be missing.

Last year, on January 23, Modi had inaugurated a museum dedicated exclusively to legendary freedom fighter and his Indian National Army which showcased various artefacts related to Bose. A wooden chair and sword used by Bose, his medals, uniforms, badges were part of the articles that were put on display that day in the Bose Museum.

The Prime Minister, on the same day had inaugurated the Yaad-e-Jallian Museum (dedicated to Jallianwala Bagh and World War I), the Museum on 1857 – India’s first war of Independence, and Drishyakala – Indian art-based Museum within the Red Fort complex. In fact, he had spent nearly an hour at the museums.

Few months before that, on October 21, 2018, Modi had also hoisted the national flag at Red Fort and had unveiled the plaque commemorating the 75th Anniversary of the formation of Azad Hind Government, formed by “Netaji”, as Bose is commonly referred to. However, a year later, on October 21, 2019, the same event was observed with subdued celebration with just Union Minister of state for Culture & Tourism Prahlad Singh attending the event.

In 2018, the PM had renamed 3 Andaman & Nicobar islands as tribute to Netaji. The Ross Island was renamed as Netaji Subhas Chandra Bose Dweep, the Neil Island as Shaheed Dweep and Havelock Island as Swaraj Dweep.

But the enthusiasm is missing in 2020.

According to the Press Information Bureau, there is no event scheduled by the Ministry of Culture or for that matter any ministry on January 23, the birth anniversary of Bose, on him.

The BJP, sources say, is overwhelmed with Delhi election campaign which will kick start from Thursday itself, a day after it released its list of 40 star campaigners. The very first day, the BJP wants to carpet bomb the national capital with small and medium rallies – 140 all together.

“The Delhi unit is too preoccupied with making 140 such rallies on one day a success. A lot of senior leadership will be addressing the rallies. Hence a lot of logistics are involved,” said a BJP state level leader explaining the party’s fixation.

“There should be some event on Bose. If you ignore him, you ignore the nation. That is my message to the Prime Minister,” Bose told.

However he added that the BJP-led NDA government has recognised Bose’s immense contribution.

At the time of publication, We learnt that no directive has been given to the BJP headquarters in Delhi to organise any event for Netaji Subhash Bose on January 23. According to the BJP, its new boss J.P. Nadda will be in Meerut on Thursday as part of the BJP’s six pro-CAA rallies across Uttar Pradesh.

Apart from tweets remembering Netaji from their respective Twitter handles, a yearly tribute at the Parliament’s Central Hall, which is scheduled at 10.30 a.m this year and few government ads, the glitz and aura of yesteryears when the BJP turned this date into a red-letter day, is missing in 2020.  (Agency)