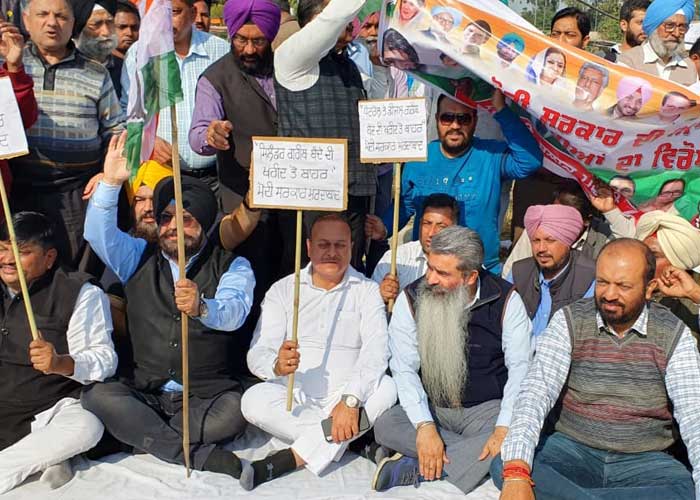 He alleged that the Union government is wilfully ignoring the interests of the government departments/institutions and is instead promoting big corporate houses. Besides, the BJP has caused huge damage to the backbone of Indian economy by implementing GST and demonetisation, due to which the residents are suffering.

He said this while addressing a block-level dharna organised by the Block Ludhiana-2 of the Congress party against the Union government opposite Verka Milk Plant, here today.

He alleged that government institutions such as BSNL, Indian Oil, BPCL etc are being targeted wilfully by the Union government so that the select corporate houses are benefitted. He stated that if these institutions shut down, lakhs of workers would become jobless.

He informed that Prime Minister Narendra Modi had promised 2 crore jobs for unemployed each year, while on the other hand, he is formulating such policies that the already employed in government sector are finding it difficult to save their jobs.