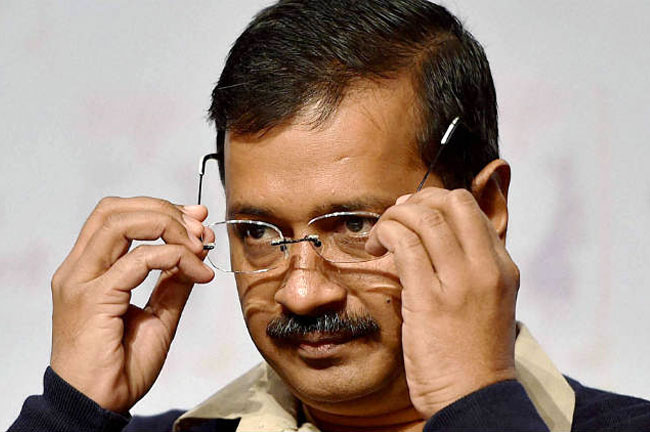 The BJP on Monday raised strong objections to the continued interference in its internal affairs by the Aam Aadmi Party and asked AAP chief Arvind Kejriwal to introspect about his own party.

Speaking to the media, Delhi BJP in-charge Shyam Jaju said Kejriwal did not fulfil the promises made to the people during the last four-and-half years and he is losing his political base.

“Hence he is raising the internal issues of BJP to remain in the headlines. BJP is competent enough to distribute area of work to its leaders. Kejriwal should take care of his own party because there is no internal democracy in it.”

Jaju said most of the founder members of Aam Aadmi Party have deserted it due to the despotic behaviour of Kejriwal.

“There are about 140 cases lodged against MLAs of Kejriwal’s party including serious cases of rape, money laundering, bribery, domestic violence, forged degrees etc. and three MLAs already been punished by the court. There are 16 other MLAs including Kejriwal who have been charge sheeted after investigation and the related agencies will take further action.”

Jaju also said that Kejriwal has not taken any action against his MLAs involved in serious cases.

“He should introspect because the people of Delhi will ask him what have you done for the development of Delhi in the next assembly elections. On the one hand Kejriwal suppressed the voice of Delhi BJP MLAs and on the other stage drama at the house of BJP MP to mislead the people of Delhi.”

BJP MP Vijay Goel asked why Kejriwal is silent on the issue of pollution in Delhi, implementing Ayushman Bharat Yojna, PMAY, augmenting the fleet of DTC, and demarcating the boundaries of unauthorized colonies.

Goel said that Kejriwal is angry from the day when the BJP started a campaign to withdraw the penalty being levied on the old water bills.