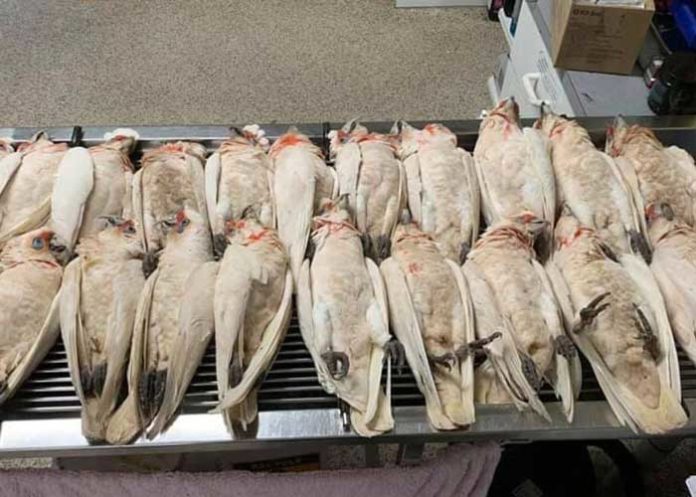 Dozens of corellas were believed to have been poisoned after animal Australian rescuers found more than 60 of the birds “falling out of the sky” near an Adelaide primary school, the media reported on Friday.

The birds were found dead or dying near One Tree Hill Primary School on Wednesday, the Australian Broadcasting Corporation reported.

A volunteer from Casper’s Bird Rescue who went to investigate reports of the dead birds called for help when the birds were found.

Casper’s Bird Rescue founder Sarah King said she did not believe any of the birds had survived.

The deaths are being investigated by government departments.

Some of the birds were found in distress and taken to two veterinarians, but they were unable to be saved.

One veterinarian who saw the birds, Trudy Seidel, told the ABC that “more than likely they have been poisoned”.

The state’s Department for Environment and Water said the cause was not yet confirmed.

“Disease and toxin testing is under way and will take several weeks to complete,” a spokeswoman told the BBC.