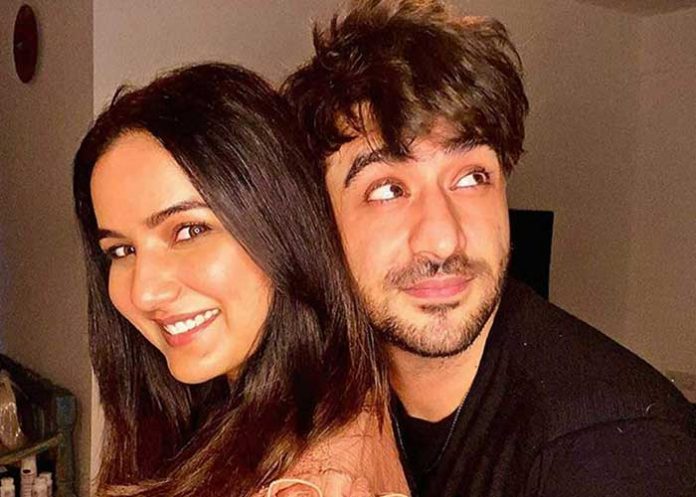 New Delhi, Nov 18, 2020-
Apart from the fights, the ongoing season 14 of Bigg Boss is running high on mush. From Pavitra Punia and Eijaz Khan to Jasmin Bhasin and Aly Goni, love is in the air, it seems.

Yet, looking at past seasons it becomes amply clear that, while sparks do fly on the show, it is only as long as the contestants are inside the house.

This year, love talk started with Jaan Kumar Sanu’s notable fondness for of Nikki Tamboli, and his ensuing confession. Since then, there have been shades of love in the game play of Pavitra and Eijaz. The makers also got Jasmin’s alleged boyfriend Aly to boost her game and then there was a marriage proposal on national television by Rahul Vaidya.

For many, the relationships are a game for survival, some “fake romance” their way into the game and some are just antics to boost viewership ratings. There might be many reasons, but one thing is clear that reality only bites when they come out of the show. All the ‘love stories’ of the show have ended with the contestants’ tenure in the house.

With the current season banking on relationships to get viewers hooked to the show, We looks back at the couples who found love inside the house but did not sustain the emotion once they were back to real life.

Rahul Mahajan and Payal Rohatgi
In the second season, Rahul and Payal got close to each other and made headlines with their intimate moments. They broke up after coming out of the show. In fact, Payal also accused Rahul of hitting her.

Ssara Khan and Ali Merchant
They took things a step further and got married in the fourth season of the show, which was called off immediately after the two got evicted from the show. There were reports alleging that they were paid to get married inside the house in a bid to boost TRPs.

Ashmit Patel and Veena Malik
They had participated in the reality show back in 2010, but people still remember how Veena used to call Ashmit with fondness. They raised the temperature with their hot romance during their stay in the house even though it all fizzled out after their exit from the show.

Tanisha Mukerji and Armaan Kohli
Kajol’s sister joined the show in the seventh season and fell in love with Armaan. The couple didn’t shy away from discussing sex or getting intimate while in the house. In the end, the relationship dissolved with the couple claiming that they were very different from each other.

Gauahar Khan and Kushal Tandon
In Bigg Boss 7, they first became friends and then fell in love inside the house. However, the two failed to make their relationship last outside the house.

Upen Patel and Karishma Tanna
They came and fell in love in Bigg Boss 8. They were spotted spending a lot of time together, standing up for each other and supporting each other in tough times. The relationship did not last long once outside the show.

Pooja Bedi and Akashdeep Saigal
They met during their stint in Bigg Boss 5, and went head over heels for each other. In fact, Akashdeep also got Pooja’s name inked. But their love came with an expiry date, and they parted ways after dating for sometime. (Agency)