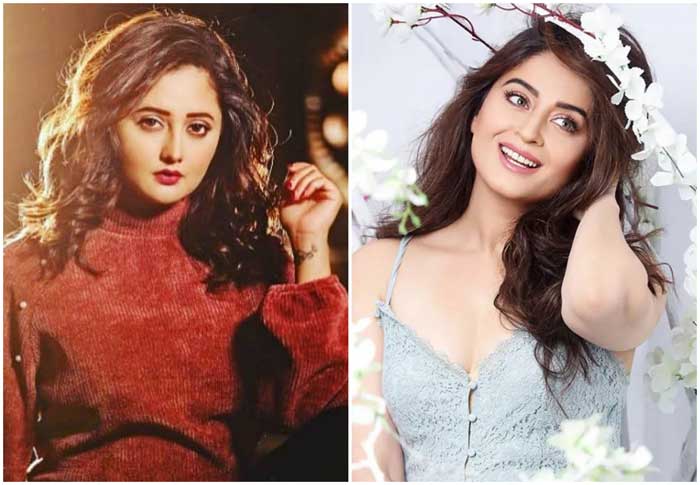 Actresses Rashami Desai and Mahira Sharma recently engaged in a war of words inside the “Bigg Boss” house. Things are equally heated up outside the house as Rashami’s fans have come out in her support on Twitter by attacking actress Mahhi Vij for being her “fake friend”.

The recent Twitter activity of Mahhi, who is said to be Rashami’s friend, has caused outrage among “Bigg Boss” fans.

Mahhi had liked and retweeted posts of a netizen that were against Rashami and referred to Rashami as #FlushMeDesai in the other.

What made matters worse is that soon after liking the tweets, she posted a photo of Rashami with her son with a caption that read: “Tara and @TheRashamiDesai massi (heart emoji) we love you”.

The post didn’t go down well with Rashami’s fans.

Another wrote: “Oh!Aap toh Shehnaaz se bhi badi Flipper nikli! Why Now this tweet? Was she not any”Massi”in past these months?You are doing this now not of any genuine concern. It’s simply because you are tired hearing trolling from Rashamians! We know that. Not going to accept this fake concern.”

One wrote: “In this season 1 chiz to confirm ho gayi. If in future mahi vij plannig to be part of bigboss, To vo sabse hated contestant hogi us season ki #ShameOnMahhiVij
#RashamiDesai.”