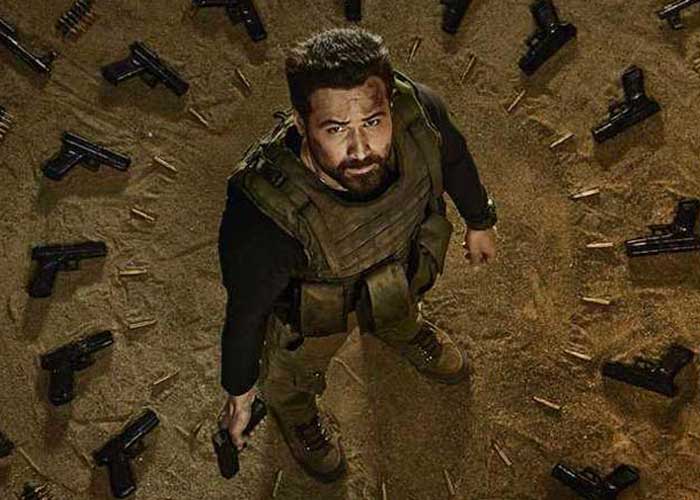 Terrorism is a terrible tragedy. Reducing terrorism to a formula-for-thrills situation is a worst tragedy. Lately we have seen many laments on global terrorism in the movies and on the OTT platform. Some like the recent “The Family Man” blended the personal and global crises in a palatable fusion.

“Bard Of Blood” is, how do I put this politely, a mess. A self-important posturing piece on holier-than-thou patriotism filled with anxious jingoism that reminded me of the bogus self-righteousness of the Sean Penn fiasco epic film “The Last Face” where goodlooking actors ran around in starched fatigues trying to save Africa.

“Bard Of Blood” is even more ambitious than Penn’s film. It wants to save the world when it can’t save even its own edified ambitions from sinking into a sanctimonious abyss. The actors are partly to blame. While Hashmi tries to remain calm and grapples manfully with militancy and Shakespeare, his other two comrades in arms, played by Vineet Kumar Singh and Shobhita Dhulipala) run around with guns far more sophisticated than the series.

The problem here is one of narrative cramps. The writing suffers from a sense of self-importance that the direction fails to justify. Not one incident in the plot is unpredictable.

The script scoops up the Hashmi-Dhulipala-Vineet Kumar trio and sets up a road to perdition that involves Pakistani terrorists with peculiar accents that need more urgent decoding than those cryptic messages from across the border that are supposed make or break Indian intelligence.

Ms Dhulipala plays the expert in decoding messages. I wonder if she would be able to decipher why we needed one more long-drawn series wagging its itching fingers at global terrorists who are not going to watch the series anyway. Isn’t there something intrinsically perverted in trying to convert the converted?

To its credit “Bard Of Blood” stages some of its action sequences skilfully in rugged toasted-brown environment . Balochistan looks ripe for revenge. Is that a good thing or a Bard?  (Agency)