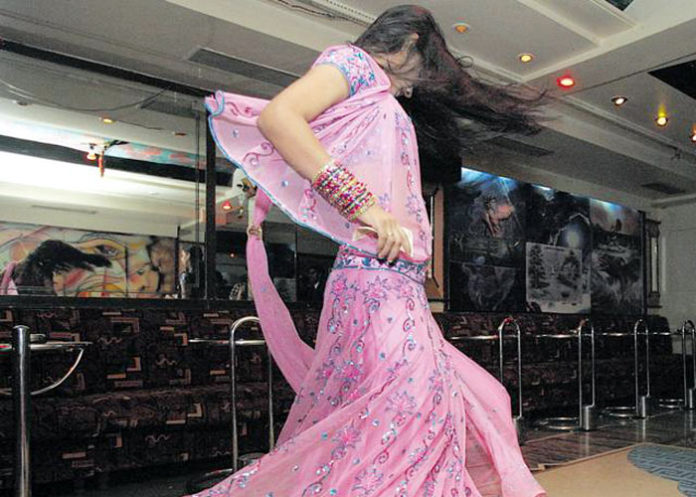 A woman dancer at a bar here was allegedly stripped and thrashed by five colleagues, including four women, for refusing to have sex with customers, police said.

The 25-year-old woman complained to the police that her colleagues chased her out of the bar late on Friday night, stripped her and thrashed her on the road in Somajiguda area.

The victim, who hails from Andhra Pradesh, alleged that her colleagues tried to force her to have sexual intercourse with the customers at the bar.

The woman, who was earlier working as a junior artist in Telugu films, had joined the bar a few months ago.

Punjagutta police registered a case against Syed Majid Hussain and four women – Vijaya, Rithika, Sweety and Rekha – on charges of assault, outraging the modesty of a woman, criminal intimidation and voluntarily causing hurt.

While the four women have been arrested, police said Hussain, the main accused, was still at large.

The bar management has said that it has nothing to do with the incident as it occurred outside the premises.

Following the incident, Telangana Director General of Police M. Mahender Reddy has asked the city police to submit a report on the allegations that dances are being organised at city’s bars and pubs in violation of the rules banning them.

Meanwhile, in another incident, three youth alleged they were assaulted by bouncers at a pub in upmarket Jubliee Hills on Sunday night.

The youth complained to police that Rupesh and some other bouncers attacked them with rods during an argument which started after the youth were going to the washroom in the pub. Jubliee Hills police registered a case and arrested a bouncer.  (Agency)