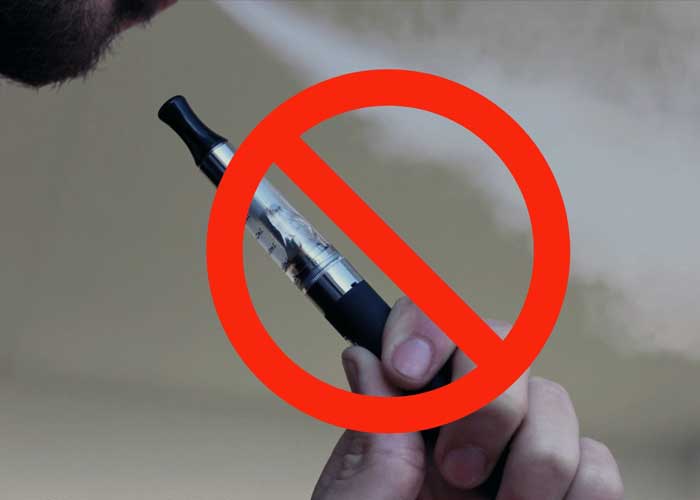 India moved to ban e-cigarettes as these new products were undermining tobacco control efforts, and the new forms of nicotine addiction would have only raised the economic burden on the country.

The pre-emptive move was also necessary because Juul, the largest e-cigarette brand, was planning to launch its products in India by the end of December, 2019.

The government took the ordinance route to ban electronic cigarettes so that their usage didn’t acquire epidemic proportions, especially among the children, adolescent and youth.

The adverse impact on the economy also prompted the ban on e-cigarettes.

The total economic costs attributable to tobacco use from all diseases in India in 2011 for persons aged 35-69 years amounted to Rs 1.04 lakh crore.

This estimated cost was 1.16 per cent of the GDP and 12 per cent more than the combined state and Central government expenditures on health in 2011-12.

With new forms of nicotine addiction hitting the market, the economic burden is only likely to increase, officials said.

The Indian Council of Medical Research (ICMR) recommended a complete ban on e-cigarettes and other Electronic Nicotine Delivery Systems (ENDS) in May this year.

A representation endorsed by 1,061 doctors from all over India also saught a comprehensive ban on e-cigarettes.

All the three sub-groups constituted by the Health Ministry concluded that the ENDS/e-cigarettes should be prohibited in the interest of public health.

The Health Ministry issued an advisory on August 28 last year to the governments of all the states and Union Territories in response to a PIL filed in the Delhi High Court.

Evidence suggests that these products act as gateway products to induce non-smokers — especially the youth and the adolescent — to nicotine use, leading to addiction and subsequently to use of tobacco products.

The trend of a rapid increase in the use of e-cigarettes and like devices by the youth and children in countries where they were introduced is clear.

According to the World Health Organization (WHO) report on Global Tobacco Epidemic (2017), the governments of 30 countries have banned e-cigarettes.

There have also been recent advisories in the US on e-cigarettes. San Francisco became the first US city to ban the sale of e-cigarettes in January this year.

In August, the New York Health Department issued advisory to inform about an emerging health threat of severe pulmonary disease associated with the use of vape products.

According to health experts, these products are usually marketed as being safer alternatives to conventional cigarettes, but such notions of safety are false.

However, there is no conclusive evidence to support such claims. Safety of flavours in combination with nicotine and other psychoactive substances is also not known.  (Agency)