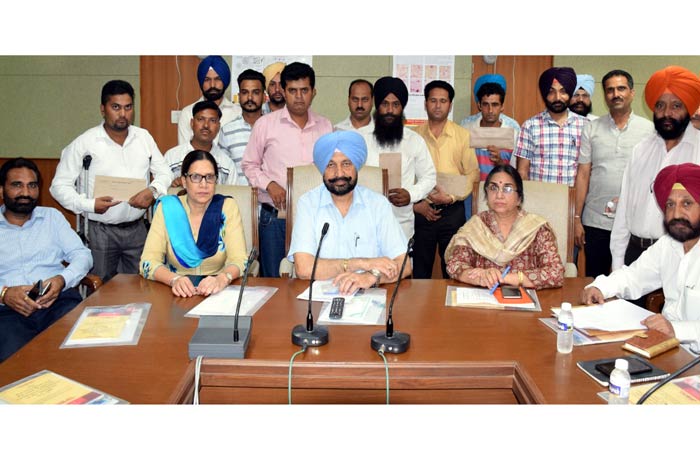 The state government under the visionary leadership of Captain Amarinder Singh is committeed to overall development of all sections of society particularly the less priviledged, said the Minister.

This is yet another achievement of the Chief Minister Captain Amarinder Singh, on whose directives the clearing up of the backlog of appointments related to specially abled have been taken on priority.

Interacting with the new joinees, Balbir Singh Sidhu exhorted them to work with utmost dedication and committment in taking forward the Governement pro people agenda to each doorstep. You all are the face of the departemnt, he said urging them to put in their very best in the service of the people.

It may be noted that out of total 1263 vacancies of multi-purpose health workers in the state, 1210 have already been recruited during the last one year only.