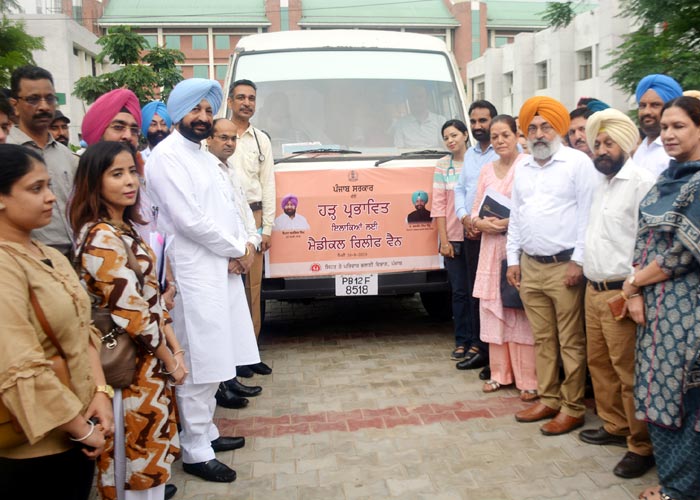 He further added that apart from medicines available in the Medical camps, each Medical van is well stocked with many kinds of essential medicines to cater to around 5000 adult patients and 2000 children. He said that to curb the water borne diseases, 2 lakh chlorine tablets are also being sent in these vans.

Talking about the medical camps, the Health Minister said that health check up of around 17,000 patients has been conducted in the camps from 18 August to 28 August and treatment pertaining viral, loose motion, vomiting, skin and other common diseases are being provided to the suffering patients. He said that vaccines regarding snake bite, dog bite and other animal bites are also being provided in the flood affected areas of State.

The Health Minister said that 74 vector borne teams have been set up to tackle vector-borne diseases due to stagnating water, which are incessantly spraying the larvicide and pesticides to cover affected areas of cities and villages.

He said that teams of Health Department are working jointly with teams of Local Government and Rural Development Department. He said that he has also instructed authorities to collect samples of drinking water in all affected areas.

The Health Minister further elaborated that the department has already purchased the 60 lakh tablets of chlorine and 17 lakh more tablets have been purchased to cover the affected areas. He said that awareness campaigns are also being launched to avoid water and vector borne diseases and special ambulances are also being made available near the camps so as to ensure that serious patients will immediately be referred to the Government hospitals.

He also appealed to people to contact toll free number 104 helpline to avail the healthcare services. “Instructions have already been issued to the Civil Surgeons to personally monitor the functioning of medical camps so as to ensure the quality treatment services”, he added.