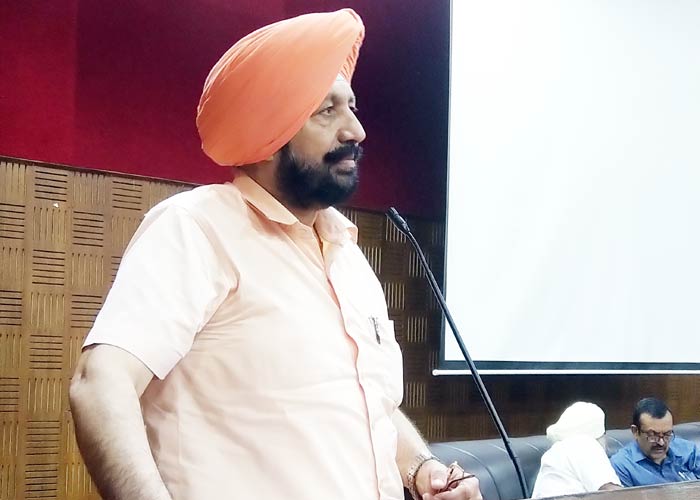 Directing the Civil Surgeons to ensure the compliance of Sarbat Sehat Bima Yojna, Mr. Balbir Singh Sidhu said that if the emergency services are not available in the Public Hospital, it is mandatory to refer the case to the nearest empanelled private hospitals as earliest. He also made it clear that its responsibility of hospital to guide the every patient whether he/she will cover under this scheme or not.

The Health Minister further said that the Government hospitals have been issued written communication from the PHSC (Public Health System Corporation) to empanel labs at PGIMER rates. He said that if rates are lower than the hospitals should go ahead with empanelling the labs at CGHS rates.

Similarly, Medicines would also be given by the hospitals to the all eligible beneficiaries under this Insurance Scheme. He said that PHSC has communicated guidelines regarding purchase of medicines from at ESIC Rate Contracts, through Local Purchase at GeM portal or by floating local tender by public notice.

He said that in case of necessity, the government hospitals would also purchase the medicines even from the user charges to facilitate the patient admitted under the Sarbat Sehat Bima Yojna.

He added that this is decision of the Chief Minister Captain Amarinder Singh to include all needy and important categories in this insurance scheme which will reduce the financial burden of families. He said that around 46 lakh families of Punjab were being covered under this pro-people scheme.

“It also enhances the income of public hospitals which would be used to further strengthening the Infrastructure as well mechanisms of health system. Soon, State Government is also coming with the new policy under which incentives would be given to MOs and other staff members those will serve efficiently in their services” he further said.

The Minister also asked the Civil Surgeons to submit the claims of beneficiaries within 15 days so that it would forward to the insurance company. He suggested that if workload at Arogya Mitra is more, any existing staff of the hospital can additionally do the work, or be nominated as Arogya Mitra, for which he/she will be paid an additional amount of Rs. 200/case (BIS to Claim Submission). This payment should be made at the end of every day, based on the number of claims submitted, he added.