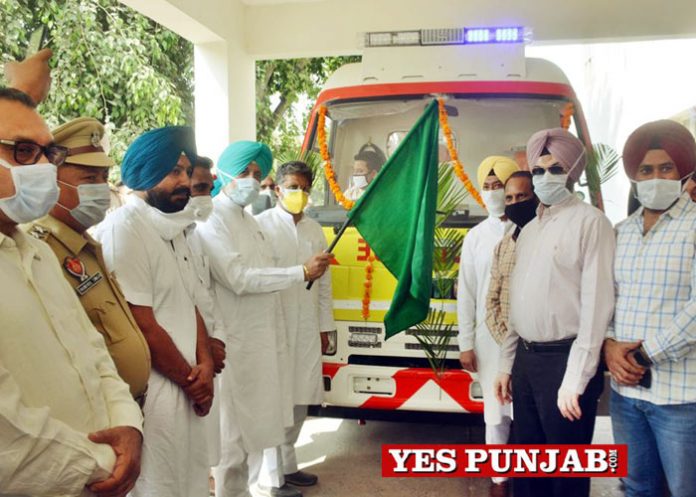 Speaking on the occasion Mr. Manish Tewari said that he has provided Rs. 25 lakh from his MPLADS for the procurement of this ambulance to provide better health facilities to the people of the district.

He said that this ambulance was equipped with state-of-the-art medical equipments which proved to be extremely helpful in saving the life of the patient and with the help of which the patient could be safely transported to the hospitals. He said that the Congress government led by Chief Minister Capt. Amarinder Singh is committed to provide quality health care to the people of the state.

Talking about the corona virus epidemic, the Health Minister Mr. Sidhu said that due to the dedicated efforts of the Punjab Government, the situation of the state has improved a lot. While the death toll has dropped, the number of positive cases has been steadily declining, but people still need to be vigilant.

He appealed to the people to strictly follow the guidelines of wearing masks, washing their hands frequently and keeping their distance from each other to prevent the spread of the disease.