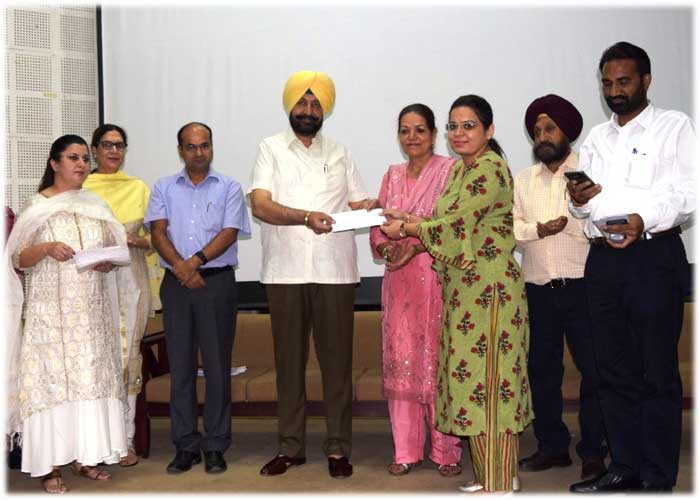 While congratulating newly appointed Medical Officers, Mr. Balbir Singh Sidhu said that Captain Amarinder Singh led Punjab Government is paying the special attention to the Department of Health, Education and various reforms have been implemented in these sectors.

The Health Minister also said that among 87 Special Doctors, 37 are Gynaecologists, 23 are Paediatricians, 9 are Medicine Specialists, 10 are Surgeons, 5 are Psychiatrists and 3 are DNB Consultants. He further said that under National Health Mission, around 3100 medical and para medical besides other staff have been recruited as far. The procedure of other recruitments is under process.

Mr. Balbir Singh Sidhu also added that in order to fulfil the shortage of Specialists Doctors, the State Government has increased the salary of Specialist Doctors from Rs.70,000 to Rs. 1,00,000.

He said that to provide health facilities in the remote areas of State, the special area incentive of Rs.20,000 to Rs.60,000 is being also given to the special doctors after which doctors have showed the keen interest to serve in specific remote areas. He said that special incentives are also being provided to the Gynaecologists.

The Health Minister further said that to further fulfil the need of Specialists Doctors, the State Government would soon implement the new policy to reappoint the retired doctors. He said that under this new policy, the formula of paying salary to the reappointed doctors would be the last drawn salary minus pension.