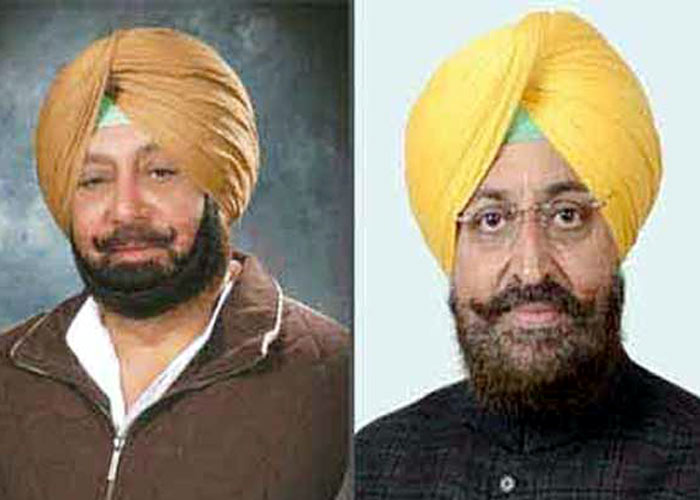 All the Punjab Ministers on Tuesday demanded, in one voice, disciplinary action by the Congress leadership a against Rajya Sabha MP Partap Singh Bajwa for raising a banner of revolt against Chief Minister Captain Amarinder Singh on public platforms.

The issue came up for informal discussion just before the Cabinet meeting here on Tuesday.

There was consensus among the ministers, all senior leaders of the Congress, on the need for action against Bajwa. They pointed out that despite repeated pleas asking him to express his opinions within the party forum, Bajwa continued to criticise Captain Amarinder Singh and his government in media and other places.

The MP had gone so far as to seek a change at the helm of the government, they noted with consternation, terming it an act of sheer indiscipline and urging the party leadership to take immediate action against the former Punjab Pradesh Congress Committee (PPCC) chief.

The ministers accused Bajwa of playing into the hands of the Shiromani Akali Dal (SAD) and the Aam Aadmi Party (AAP) by pitching himself against his own party leadership, especially at a time when the entire opposition was in a state of disarray, posing no real challenge to the Congress in the state.

Such rebellion, if not nipped in the bud, could send the wrong message down the rank and file of the Punjab Congress, which had been on a high since taking over the state’s reins around three years, said the ministers.

While the Congress was run on democratic principles, where every member had a say, such public display of difference of opinion and mutinous declarations from a senior member were detrimental to the interest of the party, said the senior leaders, adding that, under no circumstances, could this kind of behaviour be tolerated or allowed to continue.

It was absolutely imperative, said Rana Gurmeet Singh Sodhi, to act against Bajwa as such behaviour would weaken the party. “We cannot allow this to become a free for all,” said Charanjit Singh Channi, while Brahm Mohindra wanted the Chief Minister to take up the issue with the Congress high command in Delhi. Any dissent should be discussed and resolved within the party forum, said Mohindra.

Manpreet Singh Badal pointed out that history showed dissension of any sort had always harmed the Congress. “We succeeded in winning so many seats in Punjab only because we were united,” he said, adding that this unity could not be allowed to be destroyed at any cost.

Om Prakash Soni, Sadhu Singh Dharamsot and Tript Rajinder Singh Bajwa were also quick to point out that Partap Bajwa’s actions were extremely damaging for the party. Urgent and immediate action was needed against him, they felt.

The demand for action against Bajwa came in the wake of his latest remarks, declaring that he would not support Captain Amarinder’s leadership for a second term unless action is taken in the sacrilege cases. The Chief Minister, said the ministers, had made it clear from the outset that he was committed to bringing the culprits of the sacrilege incidents to book, but would not indulge in vindictive politics. Bajwa’s stand smacked of vendetta and had no place in a principled party like the Congress, they asserted.

Terming as `shocking’ Bajwa’s remarks that Punjab Congress could only survive without Captain Amarinder, the ministers pointed out that the Congress, under the present government, had swept all elections in the state since the 2017 Assembly polls, which clearly showed the people were happy and satisfied with his style of functioning, and the party was doing immensely well with him as chief minister.

Further, they pointed out, that under Captain Amarinder’s dynamic leadership, Punjab had witnessed major resurgence on all counts and was progressing at a significant pace, despite the poor economic legacy inherited by the government. But Bajwa was clearly not interested in development and only wanted to make a political point, to promote his self-interest, with his frequent diatribes against the Chief Minister, they added

Pointing out that Captain Amarinder had himself, on several occasions, stressed the need to hand over the baton to the younger generation, the leaders, however, said the time was not ripe for such a move in Punjab, which had suffered major problems under the SAD-BJP regime. Punjab needed the visionary leadership of Captain Amarinder and clearly did not want someone like Bajwa, who seemed to spend all his time indulging in negative and destructive politics, at the helm.

Describing as unfortunate Bajwa’s comments on employment, the ministers lambasted him for focusing on petty politics instead of strengthening the Chief Minister’s hands in his efforts to ensure jobs for all and progress for every citizen of Punjab. At a time when every member of the party should be involved in reviving the state’s economy and powering its growth, Bajwa seemed bent on pulling the party and the government down, they said, demanding immediate action against the MP.