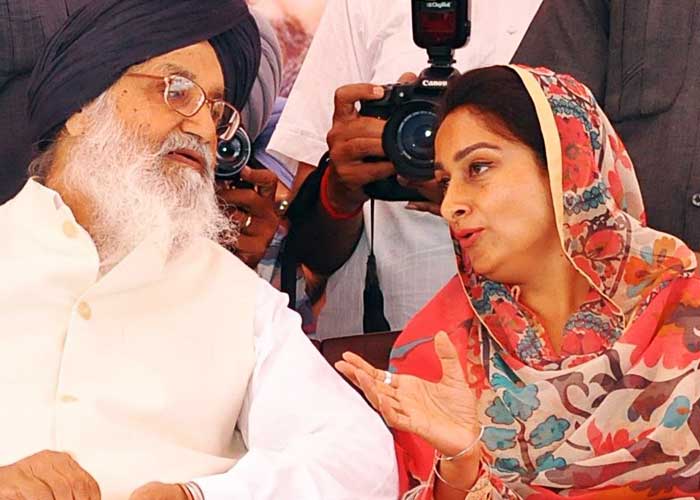 The Cabinet Ministers belonging to the Congress party have dared the ex Chief Minister Parkash Singh Badal to take concrete steps instead of issuing empty threats to Modi Government and advised the former to first get his daughter in law Harsimrat Badal to resign from the Union Cabinet.

In a joint press communique here today, the senior Congress leaders and the Cabinet Ministers S. Sukhjinder Singh Randhawa, Mr. Gurpreet Singh Kangar and Mr. Bharat Bhushan Ashu said that merely by terming the current situation in the country fearful, insecure and uncertain for the minorities at the Bathinda rally of the SAD, the akalis can’t escape the responsibility of being equal partner in crime along with the BJP.

The ministers further said that the SAD first voted in favour of the CAA in the parliament and also didn’t issue a single statement condemning the atrocities inflicted on the minorities in Delhi. And the daughter in law of Badal family is enjoying the fruits of Union Ministership.

The Congress ministers further elaborated that the Badals are habitual in adopting double standards on the matters of National importance from the day one. If the senior Badal is actually concerned about the plight of the minorities with regard to the issue, then he must first get Harsimrat Badal to quit being the Union Minister otherwise stop shedding crocodile tears by issuing empty statements.