Home Punjab Badal a liar, I have fulfilled my promise to break backbone of... 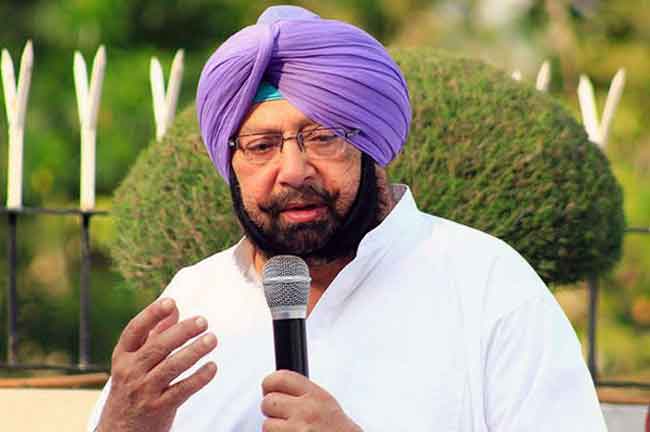 Punjab Chief Minister Captain Amarinder Singh on Wednesday dubbed as a `bundle of lies’ the allegation of Akali supremo Prakash Singh Badal’s allegation that he (the former) had failed to end the drug menace in the state after swearing on Gutka Sahib.

Expressing shock that a senior political leader could brazenly speak such lies, the Chief Minister said he had sworn in the name of Gutka Sahib in Damdama that he would break the backbone of drugs, which he had successfully done.

It did not behove Badal to spread such falsehoods, said the Chief Minister in the Vidhan Sabha, referring to the SAD leader’s recent utterances.

His government’s comprehensive campaign against drugs had squarely broken the backbone of the drug mafia in the state, said Captain Amarinder, adding that the campaign continues unabated, in line with his poll promise.

The state government had adopted a comprehensive EDP – Enforcement, De-addiction and Prevention – strategy to meet the requirements of its promise to the people of Punjab, said the Chief Minister.

Citing figures, Captain Amarinder said 34,373 NDPS cases had been registered during the last three years, with the arrest of 42,571 persons and seizure of 974.15 kgs of heroin by Punjab Police. A total of 193 Out-patient Opioid Addiction Treatment (OOATs) clinics had been established and were providing free regular treatment to drug addicts, and, at present, 3.70 lakh persons were undergoing treatment for drug addiction in the State.

Further, said the Chief Minister, in order to make an anti-Drug Abuse campaign a people’s campaign, his government had enrolled over 5 lakh Drug Abuse & Prevention Officers (DAPOs) and created about 8 lakh Buddy Groups in all schools and colleges of the State, ensuring that the message to check and control drug abuse reaches every household.

“We all know that no such measure was taken by the previous government,” he said, adding that, “in fact they denied the existence of drugs in the State.”

The Chief Minister assured the House that these efforts will be redoubled and continued” till we succeed to control, if not fully obliterate, drugs from the State.”