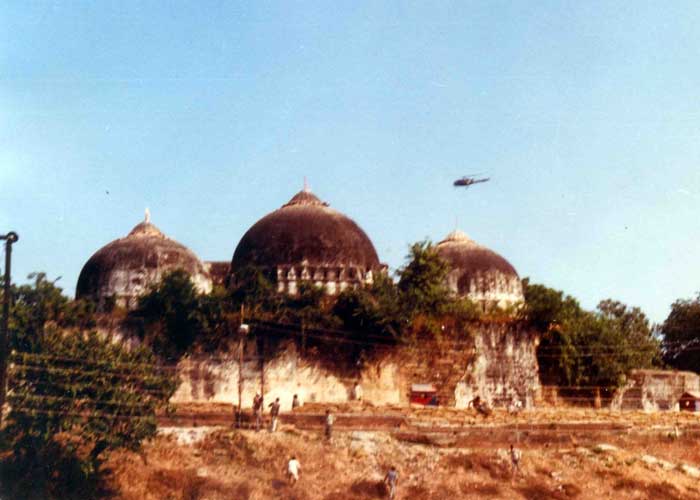 The Muslim parties on Thursday faced a volley of questions from the Constitution bench of the Supreme Court hearing the Ayodhya title dispute while pointing out various infirmities in the Archeological Survey of India (ASI) report.

In 2003, the ASI had found remains, idols and cultural artefacts suggesting existence of a Hindu structure, a temple, before the Babri Masjid. Senior advocate Meenakshi Arora appearing for the Sunni Waqf Board brought before the bench various inconsistencies in the ASI report. A Constitution bench comprising of five judges and headed by Chief Justice Ranjan Gogoi is hearing the Ayodhya title dispute.

Justice Ashok Bhushan asked Arora “Till now you (Sunni legal team) argued that the Babri Mosque was constructed on a vacant land. Now you are relying on ASI report to say whatever found was part of an Islamic structure and indicating at the Idgah. Are you saying the mosque was constructed over a mosque?”

Justice Bhushan told Arora it was not part of her pleadings and now you want it to be allowed to develop evidence.

The second pointed question was asked by Justice S.A. Bobde to Arora: “How do you say that 46 pillars (resembling Hindu structure) excavated were of different periods and only the four (she claimed were of an Idgah) were of same periods? From where do you say this? Where is the evidence?”

Arora said she will give the answer to the query in the post lunch session.

At the beginning of the hearing on Thursday, senior advocate Rajeev Dhavan, who is also appearing for the Muslim parties, said that they do not question the authorship of the report.

The Muslim parties contended that material recovered from excavations show a new style of construction, which is a mixture of lime and clay, which is consistent with Islamic structures. Arora indicated at the probability of Kannati Idgah below the disputed site, and referred to it as a conjecture.

Justice Bobde also asked Arora to clarify the level immediately below the Babri Masjid. “We want to see the findings of the medevial period, when the temple was destroyed,” queried Bobde to Arora.

On Wednesday, Arora had questioned authorship of ASI report summary. Dhavan on Thursday submitted before the court that the Muslim parties’ argument in connection with the authorship was futile, and its authenticity not in doubt.

The Muslim parties have not accepted the contents of the ASI report and they are advancing arguments contesting it. The arguments will continue in the matter.  (Agency)