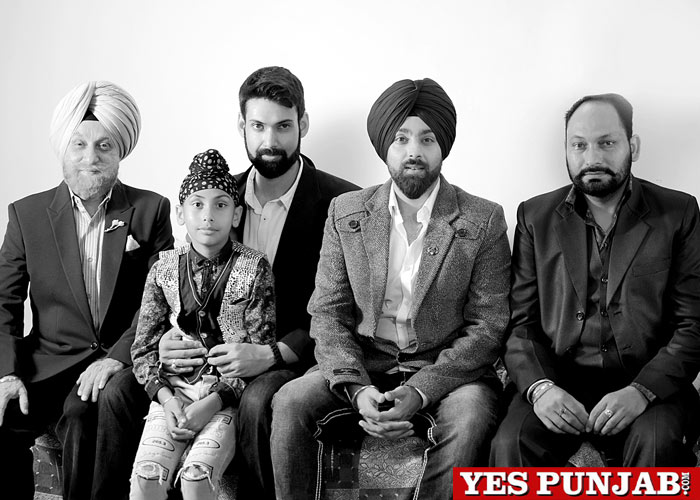 ‘Rooh’ is a story about a young man and his religious conscience. It highlights the process of making difficult decisions in life that ultimately must consent with your soul. The film shows Karamjit, a single parent, who faces a moral dilemma he must combat in order to stay true to his conscience. It portrays his journey where he must make the right choice in order to settle the unrest in his mind.

The film essentially underlines the importance of ‘Kesh’ in a Sikh’s life – which is an important component of the 5 Kakaars of Sikhism.

“Rooh underlines a father son’s relationship, and how children and their innocence can actually change our perspective towards our life, beliefs and religion.

The journey of international screenings has been commendable with great response from the international Sikh Community to the film right from the 1st premiere at Sikhlens (California) in November 2018 to very recently in Chandigarh at Sikhlens: Sikh Arts & Film Festival 2020 (India Chapter).

People generally prefer entertainers and comedies in Punjabi, but I am happy that Rooh found it’s space and the audience at the festivals and communities overseas. The journey continues and every milestone is overwhelming!” – Ojaswwee Sharma, Writer & Director, Rooh.

“I am extremely delighted and happy to know that our ‘Rooh’ which is very close to my will now be seen by the audience worldwide after a very successful run at the festivals. I had actually grown my beard for 8 months for this film as the ‘authenticity’ was the first thing that we wanted to ensure!

Films like Rooh are made very rarely and the kind of passion with which the film has been made proved magical! I feel very proud to be associated with such a films.” – Kanwalpreet Singh, Actor, Rooh.

“I am very happy, and very excited. Ojaswwee sir guided me at every step through the film. It is my very first short film which has been selected in Film Festivals.” – Garry Dhillon, Child Actor, Rooh.

Kanwalpreet Singh and Ojaswwee Sharma’s last film together was the acclaimed short film Zubaan (2018) which a starring hit in the festivals with 12 Official Selections and 3 awards including awards for best short film, best director and best actor. Zubaan later released on Gemplex OTT.

Kanwalpreet Singh is best known for his award winning performance in Zubaan, and recent television show Vilayati Bhabhi on Zee Punjabi. He has 8 feature films, various Television Campaigns and a Music Video to his credit.

Garry Dhillon, the 9 year old actor has done 3 films and has featured in more than 8 punjabi songs. Rooh marks his debut to film festivals.

Rooh has been an Official Selection at the following Film Festivals till date:

Where can people watch the film?