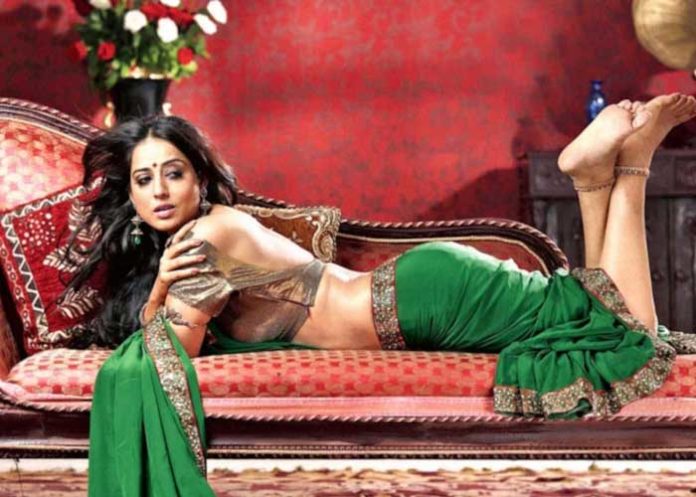 Actress Mahie Gill, who is a part of web series “Fixer” — the cast and crew of which was attacked by a group of men at an outdoor locale — is convinced that the government will take necessary action to ensure such an incident is not repeated in the future.

At least four drunken miscreants allegedly barged onto the sets of ALTBalaji’s “Fixer” in a factory premises on the picturesque Ghodbunder Road on Wednesday afternoon creating a ruckus and vandalising the sets with sticks and rods.

Mahie, apart from director Soham Shah, producer Sakett Saawhney and others were shooting when the incident took place.

On Thursday, the team met Maharashtra Chief Minister Devendra Fadnavis to apprise him of the brutal attack and sought protection.

After the meeting, Mahie told the media: “They (the miscreants) came to hit me, but I was rescued from that place. It was very scary. They were hitting everyone who was coming in front of them. Today, we came to meet Fadnavis sir because we don’t want this to happen to anyone in the future.

“Everyone shoots in that place. After two days, I will be shooting in that same place. They have created an atmosphere of fear over there, which is really wrong. I think after our meeting with Fadnavis sir, everyone will be benefited while shooting their projects.”

Urging everyone to follow law and order in the city, Saawhney said: “Lack of respect for law and order needs to be tackled. How will every person in this city go outside with a bouncer? In a unit which consists of around 100 people, how will we hire 100 bouncers? Everybody must respect law and order. We are tax paying professionals. We pay our money and shoot.”

The accused Krishna Sonar, Sonu Das and Suraj Sharma were nabbed from different parts of Thane district early on Thursday.

“We have charged them under Indian Penal Code sections 326, 143, 180 and others,” Senior Police Inspector of Kasarvadawali Police Station Kishore Khairnar told.  (Agency)