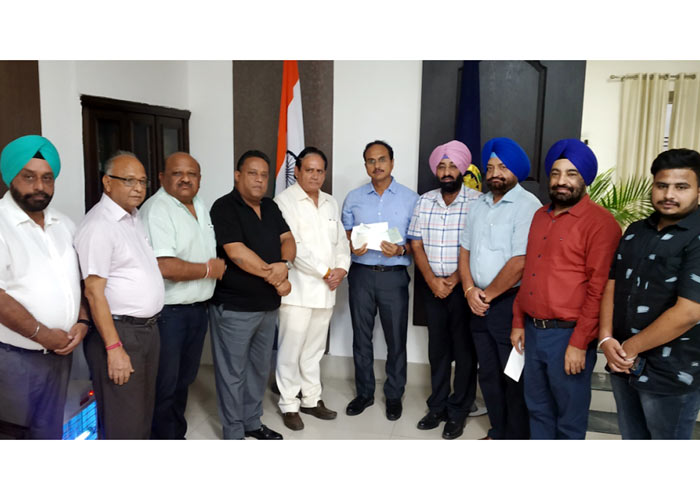 The association of CBSE affiliated schools Managements on Wednesday handed over cheques of Rs five lakh to the deputy commissioner Mr Varinder Kumar Sharma who is also president of Surjit Hockey Society as contribution for the 36th edition of prestigious Indian Oil Servo Surjit Hockey Tournament which is going to start at the Olympian Surjit Singh Hockey Stadium from October 10-19.

The association was led by its head Mr Anil Chopra from ST. Soldier Group of Institutions gave the cheques to Mr Sharma in his office.

Appreciating the noble gesture of association, Mr Sharma said the contribution provided by association would go extra mile way to promote the national game in the State as the amount would be used to purchase 550 Hockey Kits which will be distributed among the young players.

The Deputy Commissioner said that Surjit Hockey Society was playing a vanguard role for grooming the young players and told that this society has produced several players who have proved their mettle in national and international events.

Deputy Commissioner said that this initiative would give a major fillip to sports activity in the state .

Mr. Sharma assured fulsome support and cooperation to the association for any such noble initiative in the district.