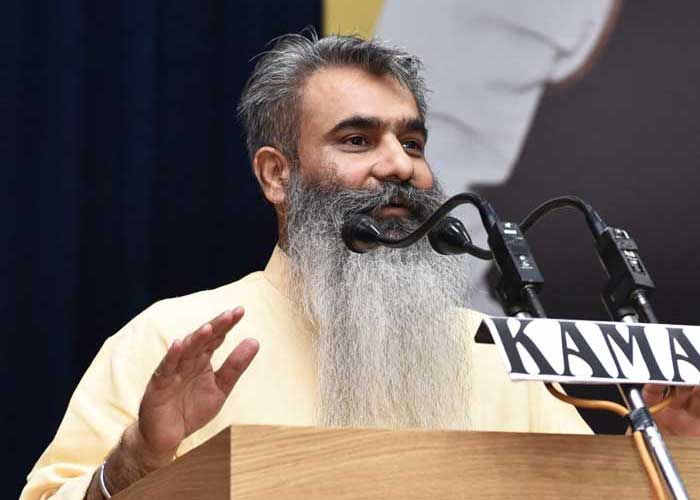 Reiterating Captain Amarinder Singh Government’s firm commitment to not effect any amendment in the APMC Act to exclude Artiyas from the procurement process, Food & Supplies Minister Bharat Bhushan Ashu on Thursday categorically warned against any attempt to mislead farmers regarding implementation of the Public Management Financial System (PMFS).

He said that canards are being spread by some vested interests with obvious backing off their political masters because they are opposed to the pro-farmer transparent system.

He said that attempts to sabotage the procurement process reflects the frustration of those who could not digest the continued exemplary procurement of sixth wheat and paddy crops by the present Congress Government after taking over the reins in 2017.

Reacting strongly to reports on this count, Bharat Bhushan Ashu minced no words and stated that any furtive effort at vitiating the food procurement process would not be tolerated and attract exemplary punishment as per law of the land.

Lauding the section of Arhtiyas for their decision to adopt the PFMS system, Ashu observed that because of the non-implementation of this system the Government of India had withheld Rs 1000 crores in payments due to the state government. This included reimbursement of Rs. 500 Crore already paid to the Arhtiyas, he pointed out.

The State Government will continue to make payments to the farmers through the Arhtiyas, who have been instrumental in ensuring inclusive social economic growth and with whom the farmers had age-old ties, he assured adding Arhtiya community had benefitted immensely as a result of the check on the corrupt practices that had prevailed in the procurement operations during the Akali regime.

Pointing out that state has fully studied the Public Financial Management System (PFMS) mandated by the Centre and after finding is pro-farmer, the State is implementing it, said he assuring all proactive assistance in implementation of PFMS.

With beginning of paddy arrival at some mandis across Kapurthala, Patiala, Fazilka, and Sangrur districts, Ashu while expressing satisfaction at the elaborate arrangements for ongoing procurement season, Ashu directed the Food Department to regularly review the progress of arrival and lifting across all 1734 state mandis on daily basis to ensure not even a single farmer had to unnecessarily wait for their produce to be procured by state agencies.

He also appealed to the farmers to bring dry and within specification paddy to mandis to complement state’s efforts towards smooth purchase of paddy stocks.

Pertinently, the procurement season which officially began from October 1, 2019 would end on December 15, 2019 during which the state targets to procure 170 LMT paddy. The paddy thus purchased and milled into rice from more than 3700 shellers across the state would be handed over to FCI for the Central Pool.