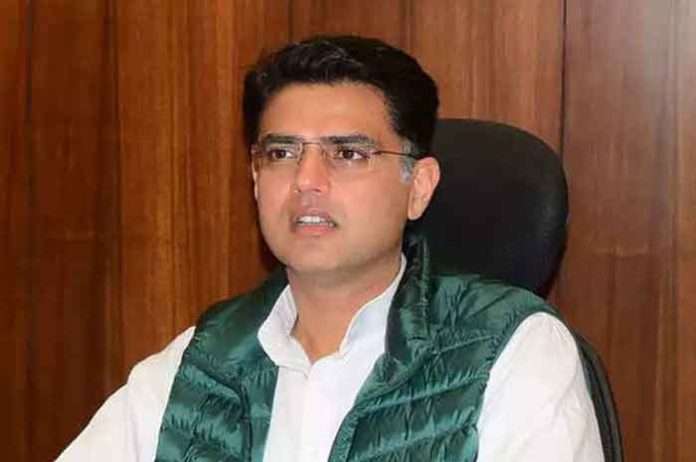 Rajasthan Deputy Chief Minister and Congress leader Sachin Pilot will not attend the legislative party meeting scheduled to be held on Monday, and has openly announced that the Ashok Gehlot-led government in the state is in minority after over 30 Congress and some Independent MLAs pledged support to him.

In an official statement, Pilot said, “Chief Minister Ashok Gehlot government is in minority after over 30 Congress and some independent MLAs have pledged support to me.”

Deputy Chief Minister Pilot, who is camping in Delhi with around 15 MLAs, has sought time from the Congress high command.

Pilot also had an elaborate discussion with Jyotiraditya Scindia, his former party colleague and friend, who recently jumped ship to the BJP after being sidelined in Madhya Pradesh by former Chief Minister Kamal Nath.

Pilot went to Delhi to meet interim Congress chief Sonia Gandhi. However, he received no communication from the party high command. In fact, Congress veterans, including Randeep Surjewala, Avinash Pandey and Ajay Makan, were asked to rush to Jaipur and hold a meeting of the party MLAs on Monday.

Meanwhile, Chief Minister Gehlot has called a dinner of the party MLAs on Sunday night, which is also termed as ‘dinner diplomacy’.  (Agency)