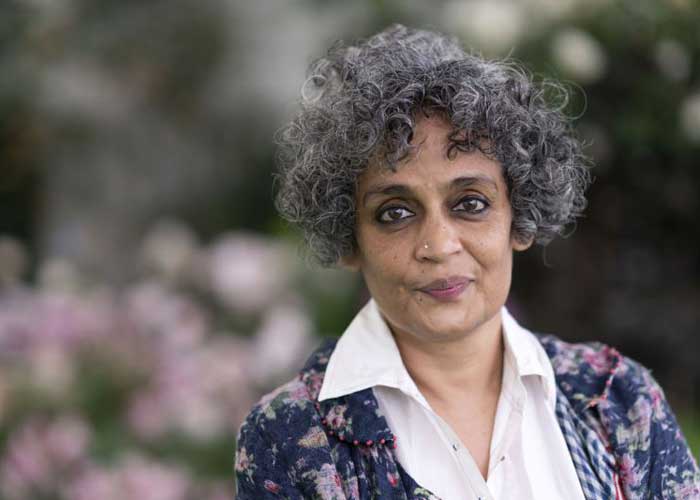 Arundhati Roy is back in news and once again, not for the right reasons.

An old video, where the author is seen bashing India for what she claims is India using its Army against its people, has resurfaced and has angered many. But the clip assumes significance following scrapping of Article 370 of the constitution that gave special powers to Kashmir.

The video is believed to be a talk she gave in 2011 which was on democracy and dissent in China and India at the University of Westminster.

In the entire video, she accused the Indian Army of being at “war” with its own people. She started off with accusation that the Army is being used against Muslims in India, particularly in erstwhile states like Jammu and Kashmir. She even made fun of India being called a ‘democracy’.

But with the re-emergence of the controversial and shocking video clip, Twitterati erupted in fury with #ArundhatiRoy started trending. While some accused her of “double standard”, few accused her of batting for a Pakistani narrative.

Canadian journalist Tarek Fatah tweeted: “#ArundhatiRoy claims Pakistan has never deployed its military against its own people. Was she blind & deaf when 3 Million died in the Bangladesh genocide by Pak Army in 1971? Is she unaware of #Balochistan? She’s literally reading off a Pakistan ISI [Inter-Services Intelligence of Pakistan] briefing note.”

Baloch human rights activist Waris Baluch asked: “Hello Madam #ArundhatiRoy can you utter a word about this Pakistani fighter jet bombing the innocent Baloch villages in occupied Balochistan? There are photos and videos where you can see Pakistani jets, tanks being used to crush the Baloch.”

Roy is not new to controversies. Last year she called violence in India as terrifying while in 2010, she had claimed J&K is not an “integral part of India”. The Home Ministry had then asked Delhi Police to register a case of sedition against her for that comment.