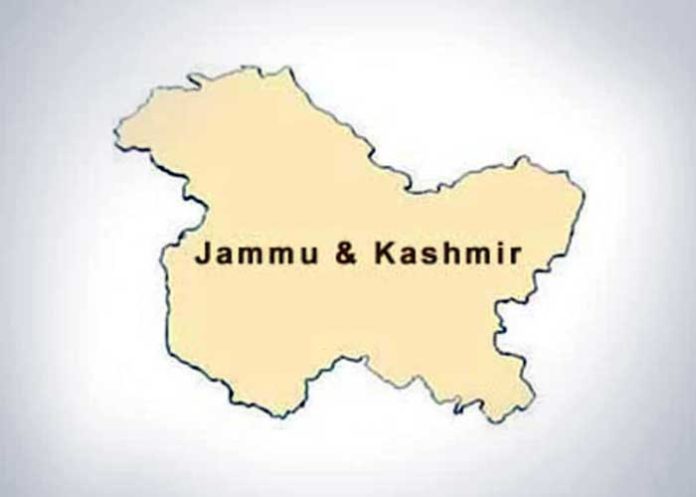 Just the mention of “Article 370” divides Jammu and Kashmir state on regional lines. While Jammu overwhelmingly wants the provision to be scrapped from the Constitution, Kashmir valley-centric parties, across board, warn that tampering with the special provision would stir the hornets nest and the fallout would be difficult to handle.

Kashmir-centric politicians argue that Article 370 has largely been eroded during the last 70 years and its total abrogation would lead to trouble.

Parties like the National Conference and the Peoples Democratic Party have advanced ideas like ‘autonomy’ and ‘self-rule’ as measures to reinforce the guarantees made under Article 370.

However, the BJP, on the other hand, along with most of the Jammu-centric parties have been pushing for scrapping of the Article, arguing that it is preventing complete integration of the state with the Union of India.

Four-time former chief minister and president of National Conference (NC), Dr Farooq Abdullah said, “(there is) no question anybody can even dream of abrogating Article 370. The Article has to be there till the permanent solution of the Kashmir problem is found.”

Dr Abdullah believes that the abrogation or any tinkering with this Article would end the constitutional relationship of Jammu and Kashmir with the rest of India.

“We have acceded and not merged with India. Our special relationship with the union is governed by article 370 and once you abrogate this article, the constitutional relationship between J&K and India would be over”, the NC president asserts.

“If that (abrogation) is done, nobody would be there to support the accession of the state with India. Our party has always said that guarantees given to the state need to be reinforced and once you abrogate whatever is left of this Article you would have strengthened the hands of those who support secession,” she argues.

Others like Yusuf Tarigami of the CPI(M) say this is a political card the BJP wants to play in the name of national integration.

“India is a country of diverse ethnicities, religions and regions. Its glory lies in unity among diversity. We cannot paint whole of India with one saffron colour. Those thinking of abrogating article 370 would be playing with fire”, Tarigami believes.

The separatist politicians are apparently not concerned with whether the Article remains or goes, but in their private conversation they also express disgust over the attempt to scrap article 370.

“It serves the mainstream Kashmiri politicians well because they would realise how hollow the premises made to Kashmiris have been. Yet, the removal of this article would have far reaching consequences even for the separatist politics in Kashmir”, said a separatist leader who did not want to be named.

But the view in Jammu region is diametrically opposite, as an overwhelming majority there wants the Article to be scrapped.

While the Congress party prefers to maintain a steady silence over the debate on Article 370, the BJP is vocal about demanding its end.

“Yes, we believe and want that Article 370 must be abrogated. And at the same time, we believe that the process of abrogation has to be totally constitutional and legal,” senior BJP leader Nirmal Singh told.

He pointed out that the demand for abrogation of the article is a party of BJP’s election manifesto since the days of the Jana Sangh.

Other leaders of the BJP, like former minister Kavinder Gupta said, “Kashmir-centric political parties like the National Conference and the PDP are both trying to use the debate to resurrect themselves among the people whose faith they have totally lost.”

He underlined that the Article is a temporary provision and its continuation endlessly is not guaranteed by the Constitution. “The argument that it was not abrogated for 70 years and thus it assumes finality is completely flawed,” Gupta said.

He contended that abrogating the Article would open new opportunities for the local youth, industrialists and businessmen of the state.

Many other Jammu-centric politicians, who belong neither to the NC or PDP, also support abrogation of the Article.

There is a common erroneous belief about the Article 370 was a part of the Instrument of Accession signed by Maharaja Hari Singh, the then ruler of the state, on October 27, 1947.

The provision was, in fact, designed to protect the rights of Jammu and Kashmir, which was the only Muslim majority state to accede to India when the sub-continent was divided in 1947 purely on the basis of religion.

To meet the aspirations and to address the fears expressed by Kashmiri leadership, Article 370 was incorporated into the Constitution of India as a temporary provision.

On October 17, 1949, Indian Constituent Assembly adopted Article 370 of the Constitution ensuring special status and internal autonomy to Jammu and Kashmir. The Article became operative on November 17, 1952.

Under the provisions of this Article, as was agreed upon in the Instrument of Accession, Indian jurisdiction in the state was only limited to the areas of defence, foreign affairs, communications and ancillary matters.

Originally it was agreed upon that the making of laws on other subjects mentioned in the Union List and the Concurrent List, as specified by the President, can only happen with the concurrence of the state government.

Over the years, the jurisdiction of the Comptroller and Auditor General, the Supreme Court of India, the income tax laws and scores of other central laws have found their way into the state, either by the writ of Parliament or through Presidential orders.  (Agency)