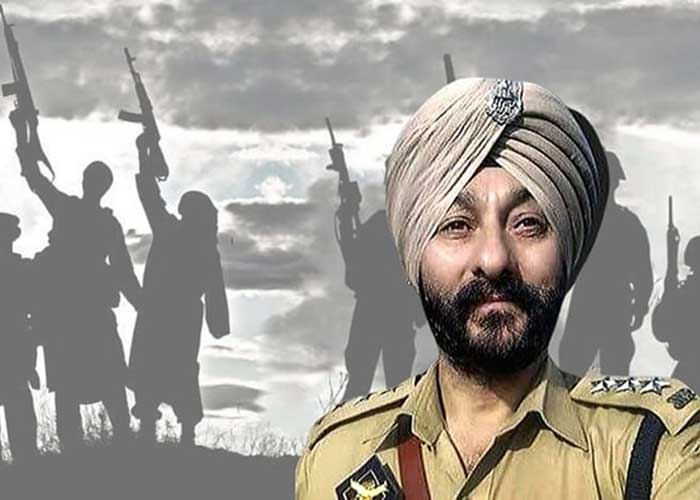 The Intelligence Bureau has found a letter written by arrested Jammu and Kashmir Police Deputy Superintendent of Police Davinder Singh in 2005 which asked for “safe passage” to one of the four terrorists arrested by Delhi Police on the Delhi-Gurugram border on their way from Kashmir to Delhi.

This comes in the wake of reports that Singh had helped other terrorists as well even as it has been revealed that Parliament attack convict Afzal Guru had mentioned his name in a letter to his advocate.

IB sources said Delhi Police had arrested four terrorists after a gunfight from the Gurugram-Delhi border on July 1, 2005 and recovered arms and ammunition besides fake currency of face-value of Rs 50,000 from their possession following a tip-off received from the Military Intelligence on June 22, 2005.

Two of the four terrorists were identified as Saqib Rehman aka Masood, Hazi Ghulam Moinuddin Dar aka Zahid.

“During the searches, the police seized a sketch of the Palam Air Base and also a letter written by Singh from Dar,” said a source.

“The letter, signed by Singh, who was then Deputy SP, CID in Jammu and Kashmir, said that Dar, a resident of Pulwama, was allowed to carry a pistol (registration no. K 14363) and one wireless set for operation duty. The letter asked all security agencies to give ‘safe passage’ for any verification,” the source said.

The letter was written on Singh’s letter pad.

The source further said that a week after Dar’s arrest, Delhi Police went to Srinagar and raided his house from where it recovered 10 Under barrel Grenade Launcher (UBGL) grenades and a wireless set no. 144057. The police team recovered an AK-47, 2 magazines, 130 live cartridges, two hand grenades and three UBGL grenades at the instance of Saquib Rahman from his two-storey building in Srinagar.

The source said that in its chargesheet in the court, Delhi Police claimed that Dar and Rahman had revealed that they were working as per the directions of Pakistan’s Inter Services Intelligence (ISI). They had also given information about their associates in Jammu and Kashmir and the arms and ammunition kept by them.

The source said Singh later told Delhi Police on phone that he had indeed written such a letter for Dar.

Sources said the letter written by Singh raises many questions: “How did Singh allow a private person to travel with a wireless set? How did Singh justify his letter for Dar, against whom the Central Military Intelligence had alerted Delhi Police?”

Singh was arrested on January 11 with top Hizbul Mujahideen commander Naveed Babu, his accomplice Rafi and a lawyer, Irfan, from a car on the highway near Kulgam.

He was allegedly taking Babu to Jammu to help him travel to Pakistan in connivance with Irfan.

As per police sources, a sum of Rs 12 lakh might have been given to Singh to move out the two Hizbul militants to Jammu on their way to Chandigarh and onward to Delhi to carry out attacks on or before the Republic Day.

Singh, who was posted in the anti-hijacking squad at the Srinagar international airport, was suspended from service on January 13 and is likely to be stripped of all his awards, including a gallantry medal, for anti-militancy operations on August 15, 2019.

Earlier, during his interrogation Singh hinted at the role of many more police personnel involved in helping the terrorists.

The NIA has taken over the probe from the Jammu and Kashmir Police. Senior officials probing the case said that NIA will also look at the letter written for Dar by Singh.

Earlier, Singh, who was part of the special anti-militancy Special Operations Group (SOG) in 2002 and was also named by Parliament attack convict Afzal Guru, in a letter to his lawyer, where he also suggested that another Parliament attacker Mohammad was taken to Delhi on the direction of the police officer. (Agency)