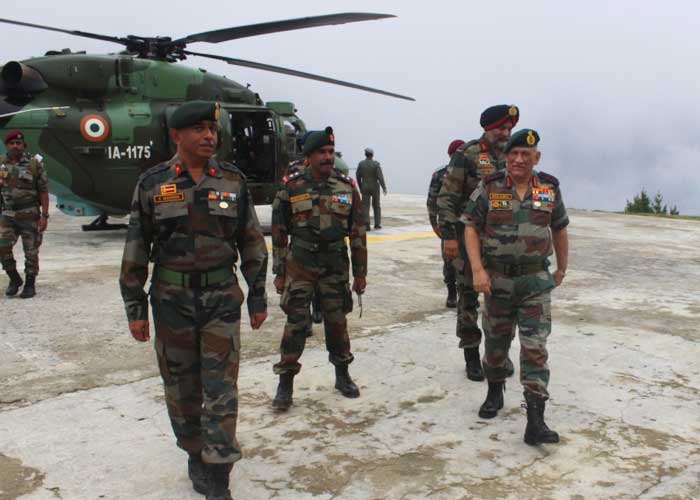 Army chief, General Bipin Rawat, reviewed security arrangements along the LoC in Jammu and Kashmir on the first day of his two-day visit to the Valley on Friday.

Rawat’s visit to Srinagar is his first-ever after abrogation of Article 370 and division of the state into two Union territories. He was accompanied by the Chinar Corps Commander, Lt Gen K.J.S. Dhillon during his inspection of the formations and units deployed along the LoC.

Defence sources said Rawat interacted with soldiers on the ground and praised them for their high levels of morale and motivation. He further reinforced upon the soldiers the need to remain prepared for meeting emerging security challenges effectively in view of the increased infiltration attempts.

“The Army chief appreciated the robust counter-infiltration grid which has neutralised multiple infiltration attempts of terrorists. He shared intelligence reports of a large number of terrorists ready to infiltrate from multiple launch pads across the LoC,” said a senior defence official.

The valley had been placed on high alert ahead of prayers on Friday. Defence Minister Rajnath Singh had also reviewed security in the valley on Thursday following his visit to Leh for inaugurating a Kisan Mela at the Defence Institute of High Altitude Research.  (Agency)