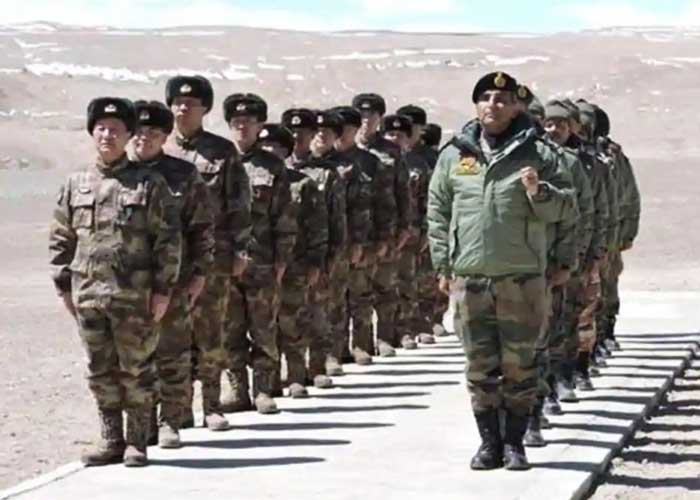 Military delegates of India and China held deliberations stretching for nearly 15 hours on the disengagement and de-escalation of troops and materials on their borders in eastern Ladakh, during which the Indian side asked PLA troops to completely withdraw from Pangong Lake and Depsang area.

The talks started at 11.30 am on Tuesday and ended only at 2 am on Wednesday.

Both the countries are locked in a 10-week-long stand-off at multiple points, hitherto unprecedented, along the border in Ladakh.

Before the parleys started, India’s main aim was to get the Chinese People’s Liberation Army remove its tanks, artillery and additional forces at Pangong Lake and Depsang areas.

Both the countries are engaged in military and diplomatic deliberation to de-escalate the tense situation in the border areas.

On Friday, a diplomatic meeting took place between both the countries delegates. The meeting of the Working Mechanism for Consultation & Coordination on India-China Border Affairs (WMCC) was held on July 10.

The Indian delegation was led by Joint Secretary (East Asia) from the Ministry of External Affairs, while the Director General of the Boundary and Oceanic Department of the Chinese Ministry of Foreign Affairs led the Chinese delegation.

The two sides recalled the agreement reached between the two foreign ministers on June 17 as well as the agreement between two Special Representatives during their telephonic conversation on July 5, and reaffirmed that both sides will ensure complete disengagement of the troops along the Line of Actual Control (LAC) and de-escalation from India-China border areas for full restoration of peace and tranquility in the border areas in accordance with bilateral agreements and protocols.

They also agreed that for the overall development of bilateral relations it was essential to maintain enduring peace and tranquillity in the border areas.

The two sides also agreed to maintain the ongoing communication both at the diplomatic and military levels to ensure early resolution of the situation.

As many as 20 Indian soldiers and an unknown number of Chinese troops were killed on June 15 in a clash in the Galwan Valley.  (Agency)